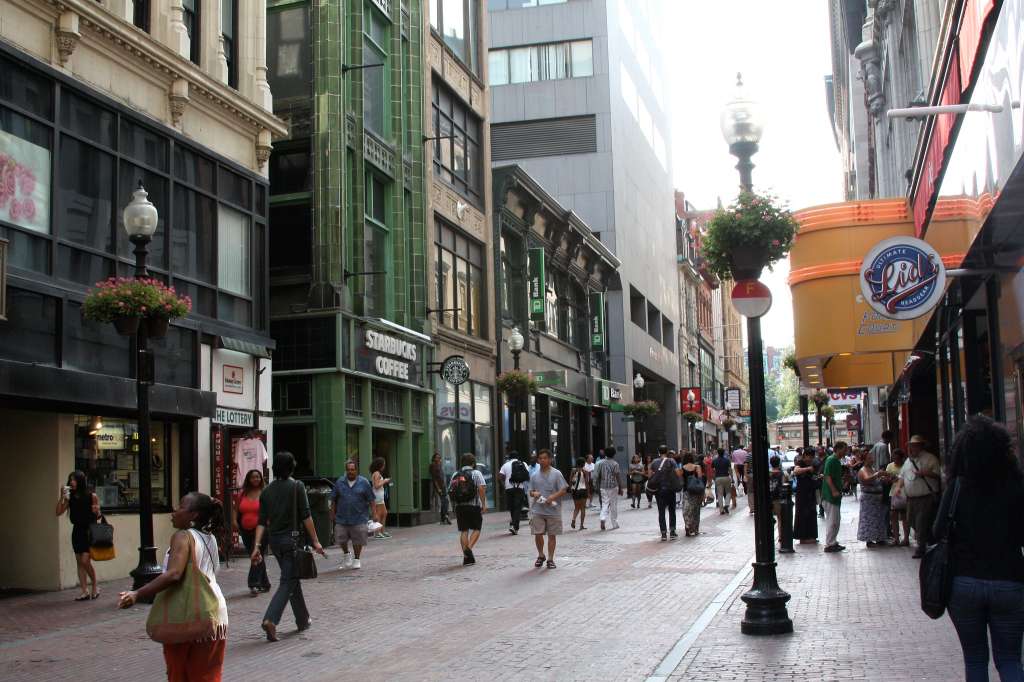 BOSTON (WHDH) - A Dorchester man is being held on bail after being charged in a daytime armed robbery in Downtown Crossing.

Shortly before 5 p.m. Thursday, a victim told Boston Police was entering the Corner mall when he was robbed of his backpack by a man brandishing a weapon.

Police arrested Alex Philogene, 26, of Dorchester after they spotted a person on Tremont Street that matched the victim’s description of him. A knife was recovered from Philogene at the time of the arrest.

“This armed robbery occurred in broad daylight at one of the busiest areas of the city,” Suffolk County DA Kevin Hayden said. “But no matter where it occurred, it’s the type of brazen crime that impacts not just the immediate victim, but the entire community.”

A judge revoked Philogene’s bail on existing charges for assault and battery on a correctional officer. Bail for his new charges was set at $25,000.

Philogene will return to court on Oct. 14 for a pre-trial conference.