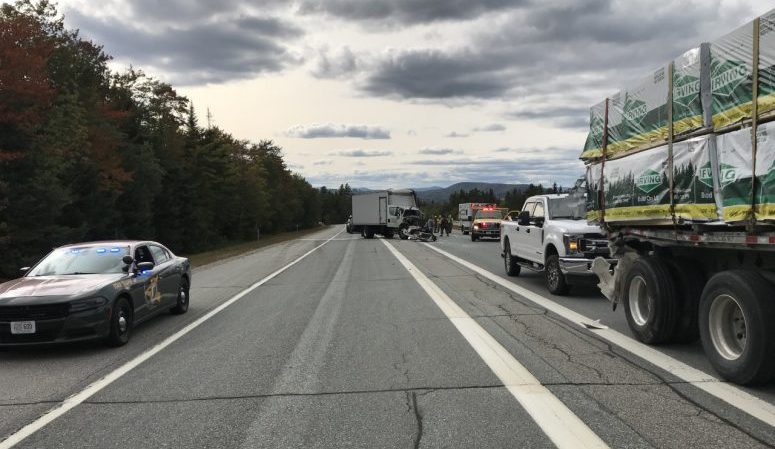 FRANCONIA, N.H. (WHDH) - A box truck driver was airlifted to the hospital after slamming into the back of a tractor-trailer on Interstate 93 in Franconia, New Hampshire on Monday.

Troopers responding to a reported crash on the highway around 3:20 p.m. discovered a box truck driven by 39-year-old Michael Giardina, of Hudson, had crashed into the back of a tractor-trailer hauling lumber driven by 40-year-old Gregory Duchene, of Quebec, Canada, according to state police.

Giardina suffered serious injuries and was being cared for by good Samaritans upon the arrival of emergency crews. state police said.

He was flown to Dartmouth-Hitchcock Medical Center, where his current condition has not been released.