(WHDH) — In the first Emerson College national poll since his inauguration, President Biden’s approval rating sits at 49% approval and 39% disapproval of the job that he has done as president.

Biden’s approval is particularly high with those 18-29 (60% approval), and African Americans (72% approval). Biden currently has a net disapproval with Independents, as 35% approve and 46% disapprove, with 19% saying they are neutral. 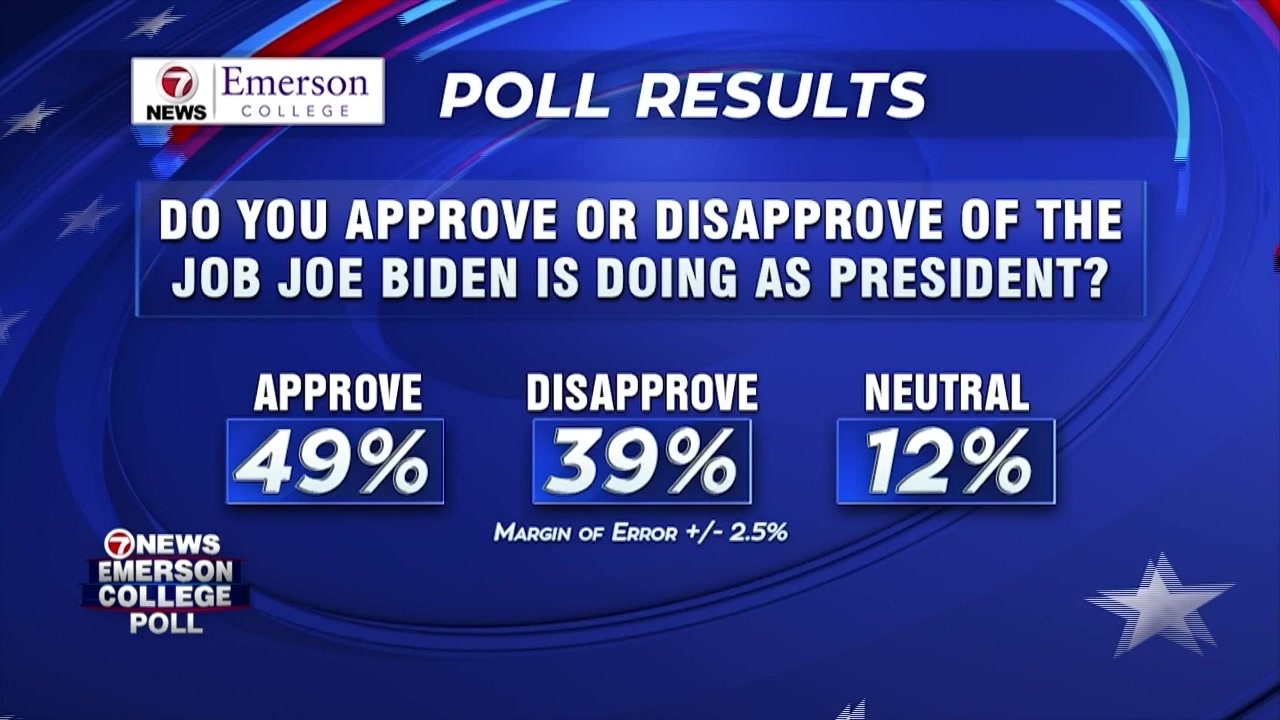 Spencer Kimball, Director of Emerson College Polling said “our poll this month reveals that who you voted for in 2020 determines your attitude on almost every issue: from willingness to take the COVID-19 vaccine, to whom you are rooting for in the Superbowl. The only issue that both Biden and Trump voters can agree on is the weather: 66% of respondents expect 6 more weeks of winter rather than an early Spring.”

Respondents were asked about potential national policies that may come with the Biden administration and a Democratic controlled legislature, and whether they thought the policies were generally a good or bad idea.

Rejoining the Paris Climate agreement ranked as the next most popular policy, with 57% stating it would be a good idea, compared to 43% who said it is a bad idea. While Democrats are in strong support of this (85% good idea) and Republicans are strongly opposed (70% bad idea), Independents are almost evenly split, with 51% saying rejoining the agreement is a good idea, and 49% saying it is a bad idea. 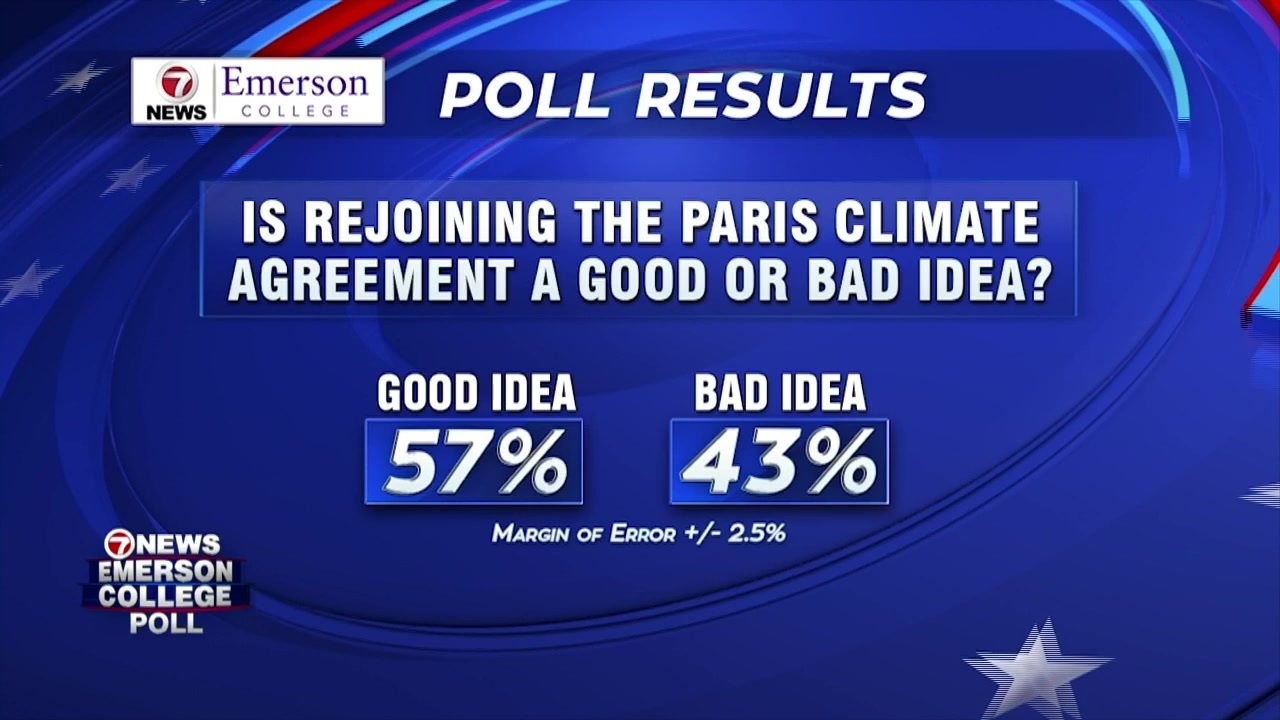 Fifty-five percent (55%) of respondents think that creating a pathway to citizenship for immigrants who are in the U.S. illegally is a good idea, compared to 45% who said it was a bad idea. 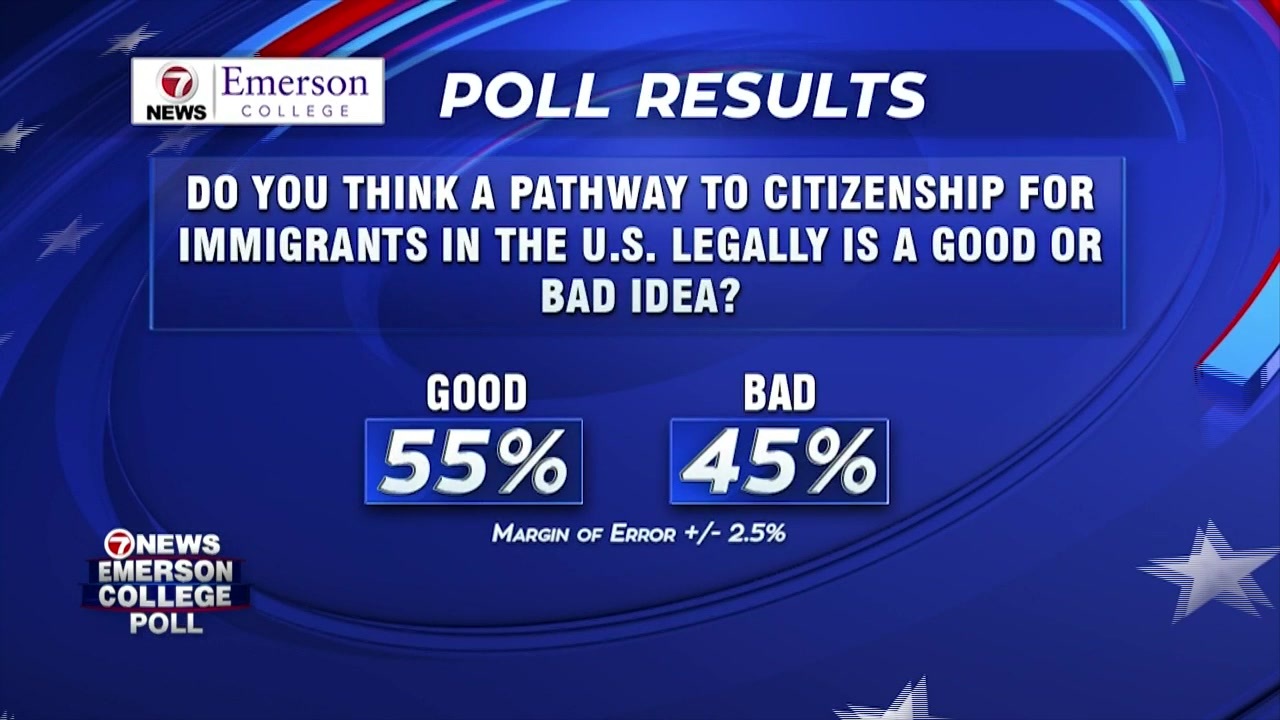 Regarding a potential increase in the federal minimum wage to $15 an hour, 54% of respondents were in favor, and 46% were opposed. Support for this increase is strongest among Democrats (83%), Asian-Americans (81%), African-Americans (71%) and those aged 18-29 (60%). Interestingly, by educational attainment, support is highest for this policy among those who have a postgraduate degree or higher (58%). 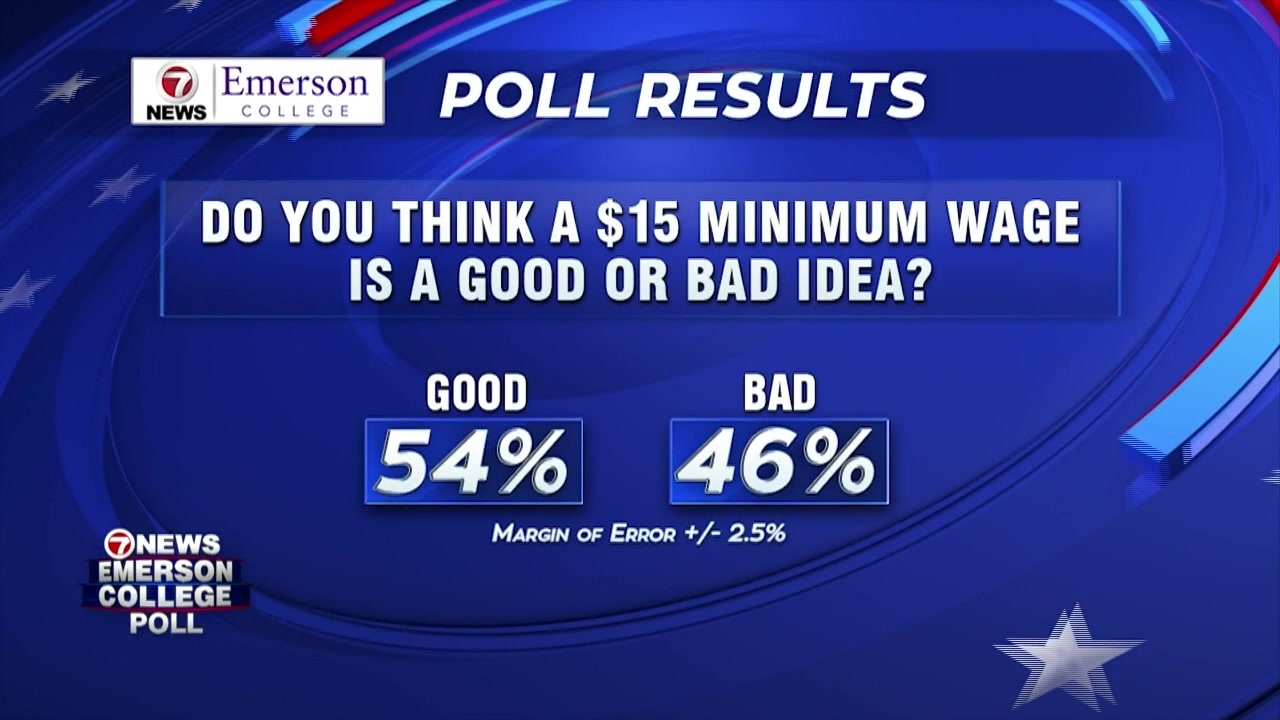 Respondents were almost evenly divided on the issue of former President Trump’s impending impeachment trial, as 51% stated it is a bad idea, and 49% stated it is a good idea. 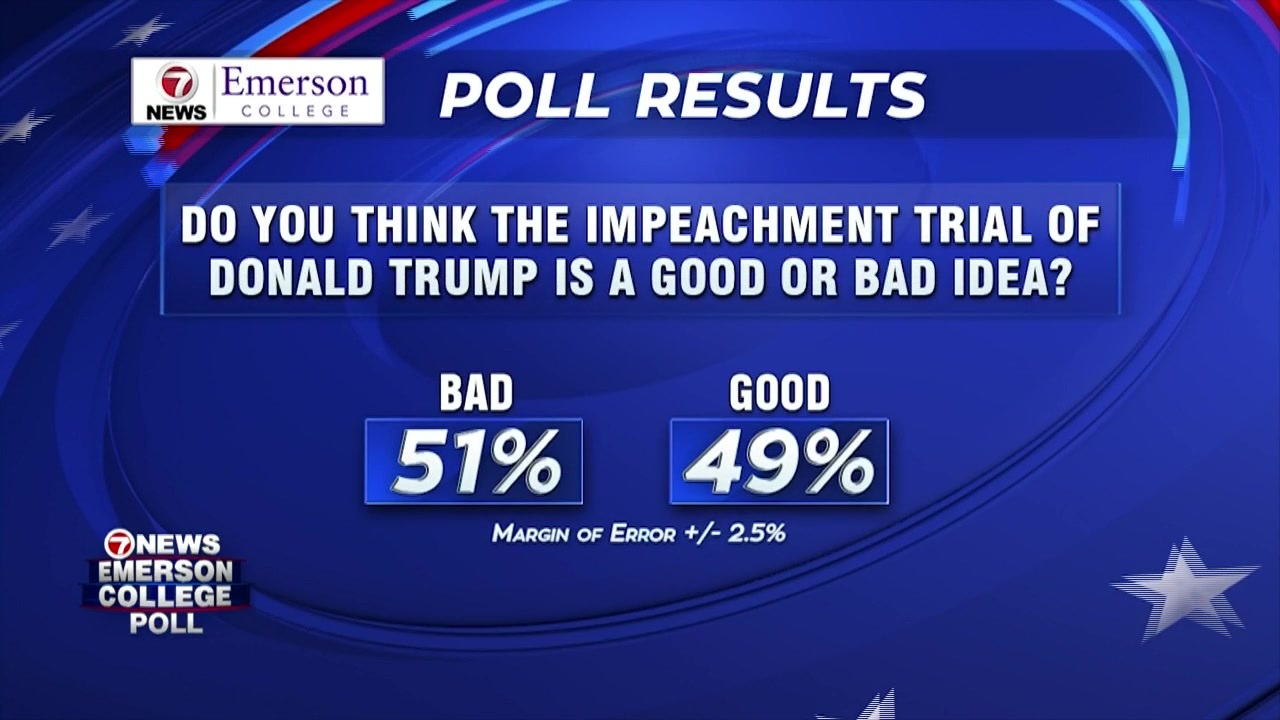 When respondents were asked if they were US Senators how they would vote, 52% would acquit Trump of leading an insurrection against the US government on January 6th, while 48% believe Trump is guilty. 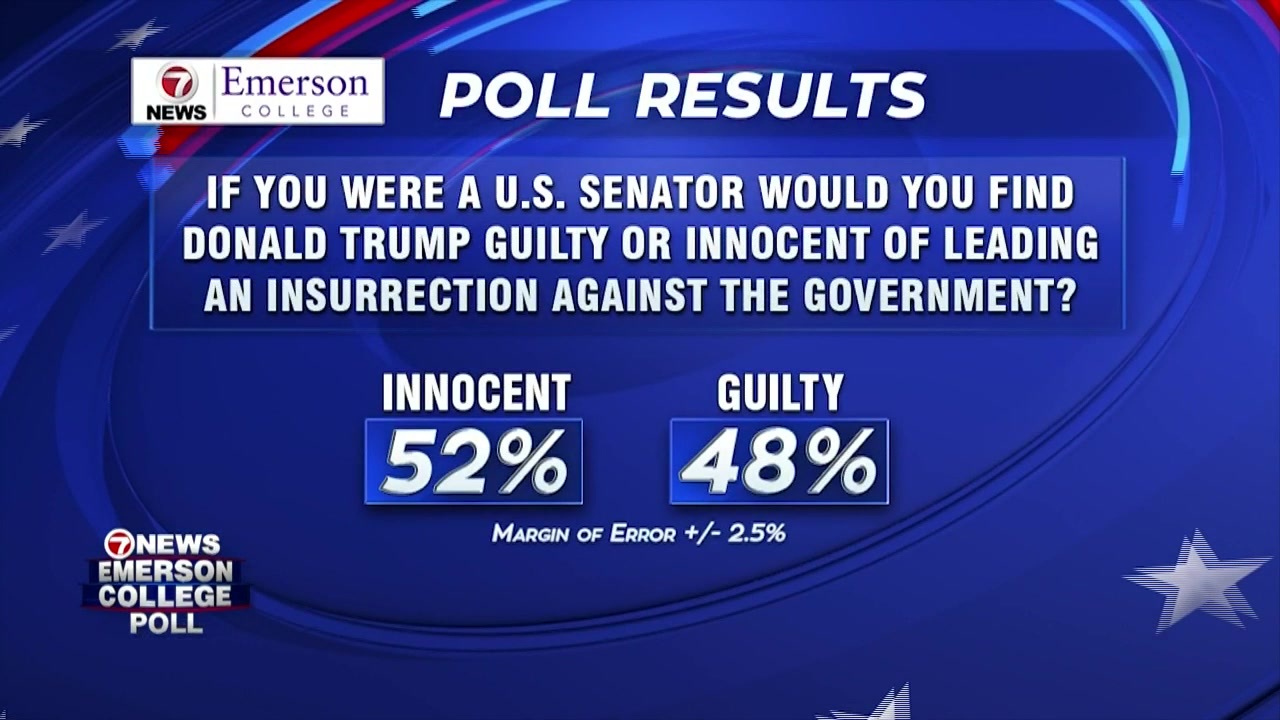 Though a slight majority of respondents think an impeachment trial is a bad idea and would acquit him, a slight majority (53%) also believe that the US Senate should deny former President Trump the right to run for President in 2024. Forty-seven percent (47%) think that he should be allowed to run again. 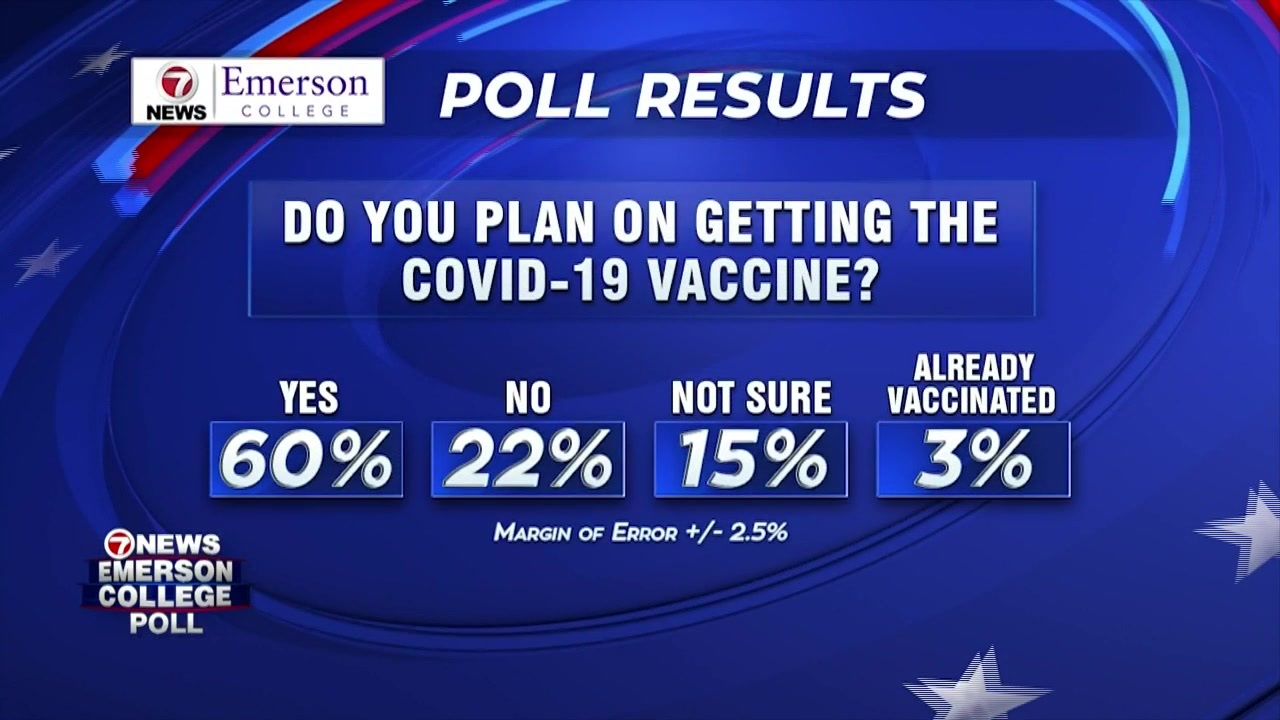 Respondents were asked if Joe Biden being President has had an effect on their openness to take the COVID-19 vaccine. A slight majority (52%) said Biden taking office has had no difference on their decision to get the vaccine, while 30% said it has made them more likely, and 18% reported it has made them less likely. A majority of Democrats (52%) said that Biden’s presidency made them more likely to receive the vaccine. While a majority of Republicans (52%) said Biden’s presidency makes no difference, 30% stated that it makes them less likely to be vaccinated. Additionally, the rate of those that were more likely to be vaccinated because of President Biden is higher among African Americans (46% more likely) and Hispanics (39% more likely).

The February National Emerson College poll was conducted February 2-3, 2021. The sample
consisted of US Adults, n=1,429, with a Credibility Interval (CI) similar to a poll’s margin of error
(MOE) of +/- 2.5 percentage points. The data sets were weighted by gender, age, education,
race and region. It is important to remember that subsets based on gender, age, party
breakdown, ethnicity, and region carry with them higher margins of error, as the sample size is
reduced. Data was collected using an Interactive Voice Response (IVR) system of landlines and
an online panel.