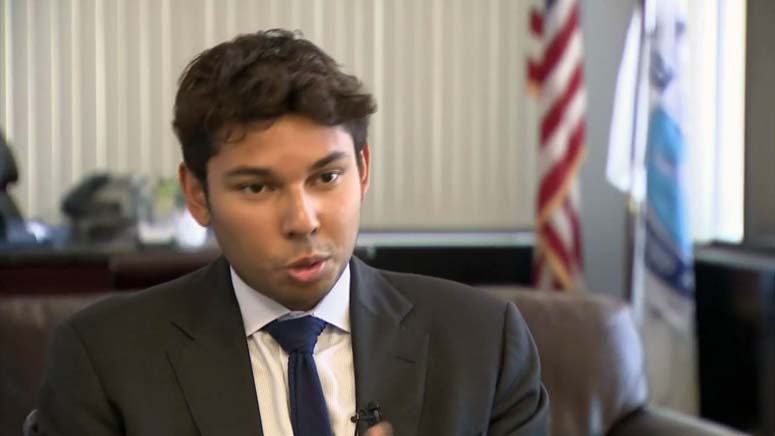 In court documents filed Friday, prosecutors also called on a judge to order the once celebrated young mayor to pay nearly $300,000 in restitution to investors and more than $20,000 to the IRS, and forfeit more than $560,000.

Correia’s lawyers haven’t filed their sentencing memorandum and have declined to comment on the prosecutors’ request.

Prosecutors argued that the judge’s sentence needs to send a message not to just to Correia, but to others who might abuse their power in public office. They also argued that the former mayor is “remorseless and without empathy for his victims” and has not accepted responsibility for his actions.

“The betrayal of people who considered him like family, the pervasive lying, cheating, stealing, and blame-shifting, and the egregious breaches of the public trust must be met with a sentence that thoroughly repudiates the defendant’s abhorrent conduct and deters both this defendant and others like him from doing it again,” prosecutors wrote.

Correia’s criminal trial in Boston federal court highlighted his swift rise and fall. At age 23, he became mayor — portraying himself as a successful entrepreneur who could revive the struggling old mill city some 50 miles south of Boston.

Instead prosecutors said he stole money from investors in his start-up to bankroll a lavish lifestyle and solicited bribes from marijuana vendors. Correia insisted he was innocent and dismissed the charges as politically motivated.