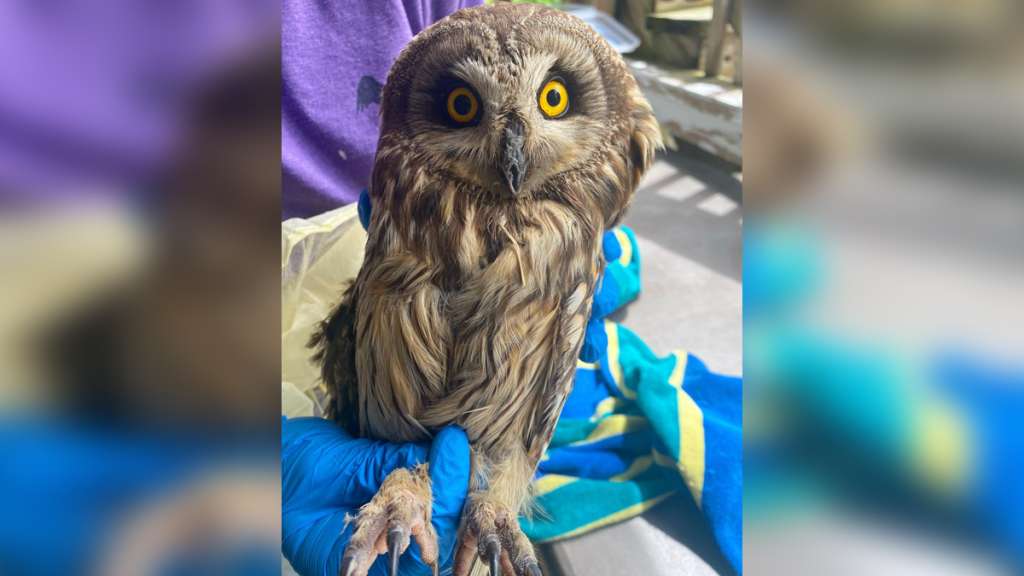 BARNSTABLE, MASS. (WHDH) - A good Samaritan is being credited with saving an owl that was found being attacked by a group of crows on the South Shore of Massachusetts over the weekend, officials said.

The Barnstable-based Cape Wildlife Center says the good Samaritan spotted the scuffle, recovered the stunned short-eared owl, and safely contained him until a rescue team arrived.

“Needless to say we were more than a little surprised when we opened the box and saw this endangered owl staring back at us,” the wildlife center said in a Facebook post.

The owl received a full evaluation and was determined to be healthy.

“His blood work, radiographs, and physical exam were all normal and he passed a flight test with flying colors. We suspect he was just a little stunned and disoriented following the attack,” the wildlife center added.

The owl has since been released back into the wild.