How to build a runway out of solid ice 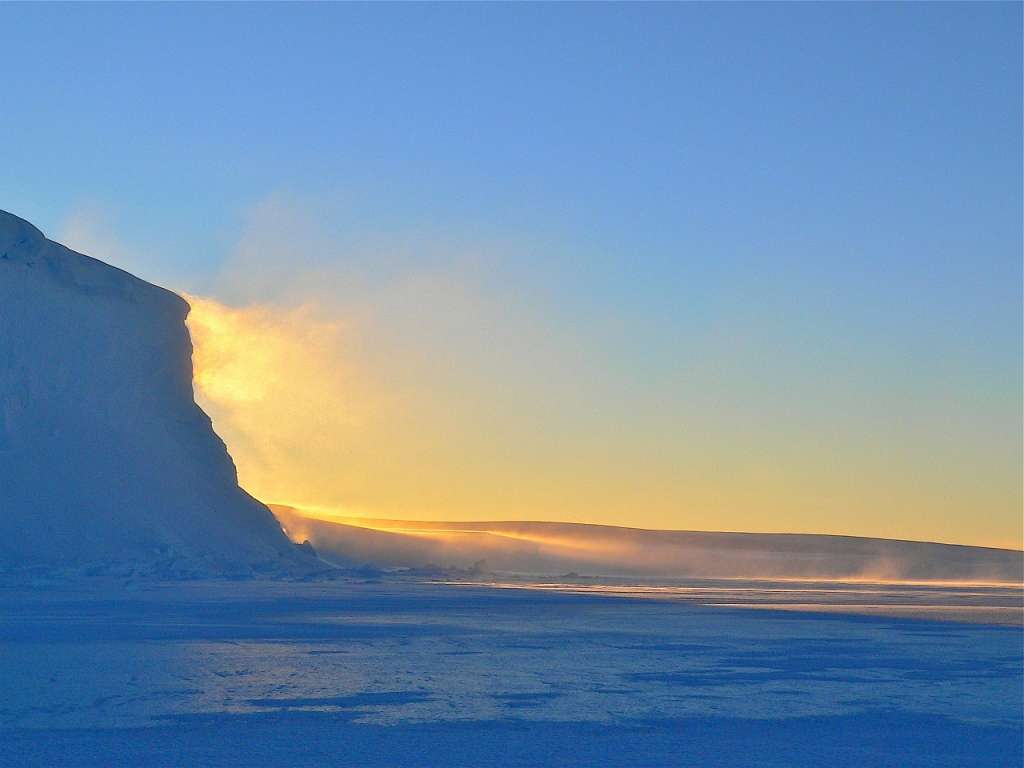 (CNN) — Just about everything that supports human life on Antarctica must be brought in from elsewhere, usually by aircraft. And in order for that aircraft to have a place to land somebody has to construct a runway out of solid ice.

That “somebody” is Luke Brauteseth and his team. Brauteseth spends part of the year in his native South Africa and the rest in Antarctica, where he and his team handle infrastucture for the upscale White Desert travel company, which has three camps on the world’s southernmost continent.

In order to build their most recent camp, Wolf’s Fang in the Queen Maud Land region, Brauteseth and the rest of the team had to begin well in advance of the hoped-for opening.

Every building or infrastructure project in Antarctica is planned at least two years in advance. And even once a runway is built, that doesn’t mean the work is over.

Ice in Antarctica is always inching northward toward the ocean, so last year’s perfect position for a runway will now have to be moved accordingly. On average, the ice migrates about 80 meters north per year, according to Brauteseth.

And that, if you can believe it, is the easy part.

All in the timing
White Desert’s crew is comprised of 38 people from 18 countries. They include diesel mechanics, electricians, construction workers, and communications specialists.

But Brauteseth says that no matter how skilled a worker is, it’s hard to really know how to work in Antarctica until you’ve been there. Due to the environmental conditions and the fact that relatively few people have been there, most crew members literally learn on their feet.

The first people to go to Antarctica are surveyors, who are tasked with choosing the right place for a three-kilometer-long landing strip.

The spot is chosen based on gradients, and then flags are placed to mark the parameters. Next, special machines called Pistenbullys go back and forth across the ice field, creating grooves.

These PistenBullys and manufactured by Germany-based company Kässbohrer. PistenBullys are snow groomers, which were specifically designed to operate in Antarctic conditions.

Despite the name “snow groomer,” these heavy-duty machines can operate on ice for long stretches of time and can be fitted with either an industrial-grade snow blower or massive blade that clears ice on contact.

It takes an average of 30 hours, says Brauteseth, to clear the snow and ice enough to set up the runway, then another 12 to re-clear it every time a plane is going to come in.

From there, trucks and Ski-Doo snowmobiles are used for the fire response, friction testing and cargo loading/unloading.

Even once the runway is built, that doesn’t mean planes can start flying immediately. Conditions on Antarctica are challenging on the best of days, and the flight takes about five hours each way from Cape Town.

“The conditions have to be perfect because once you once you leave and you pass the halfway point, you’ve committed to getting over it so you don’t want to take any chances,” Brauteseth says.

That means no snow or rain, good visibility, and calm winds.

There’s one more factor that most people don’t think about — heat. While heat is a relative term in Antarctica, the ice does melt during the warmer months of December and January. Those slippery conditions make it untenable for a plane to land.

With all those factors taken into account, the typical Antarctica tourist season is usually from November to early February. The White Desert team tries to make its first trip of the season during the last week of October, bringing everything the camps will need, from furniture to cooking equipment to linens.

They also carry human cargo — the receptionists, servers, cleaners, guides and other staffers who will support guests.

“it takes one season to get stuff there so that it’s ready for the next year,” Brauteseth explains. “Everything has to come with you.”

Following that same logic, everything goes back out too.

None of the landing strip’s features are permanent, and all structures on the runway are dismantled and carted away at the end of the season.

Flying the uncertain skies
Without an official airport, flying to and from Antarctica is a difficult undertaking. On top of waiting for optimal weather conditions, it is a route few pilots are familiar with or have the opportunity to practice regularly.

Like all aircraft, planes going to Antarctica are fitted with tracking devices. The limited amount of traffic going to the continent means that teamwork is critical — not just between crew members, but among the different countries who have bases there.

“if there’s a plane in the air, we then (are) in communication with it and watching it,” Brauteseth says. On top of that, the home countries of the crew members are keeping track of the plane, as are members of every national party with an airstrip on Antarctica — it’s the polar version of Neighborhood Watch.

That sense of international responsibility doesn’t only extend to planes in the air. Brauteseth and the team have brought supplies for Canada, the UK and other bases as well as for their own properties and the South African base.

“Without working with our brothers,” he says, “you can’t get stuff done.”

Commercial activity on Antarctica is controversial. The continent’s ecosystem is delicate, and the effects of climate change are apparent.

A sweeping report from the United Nations’ Intergovernmental Panel on Climate Change published last year reported that the world has rapidly warmed 1.1 degrees Celsius higher than pre-industrial levels at a faster rate than expected.

Also in 2021, Antarctica reported its highest-ever known temperature — close to 65 degrees Fahrenheit. The warming temperatures mean ice is melting more quickly, krill and other vital species are disappearing at higher rates and penguin colonies are diminishing.

Leisure tourism, along with use of fossil fuels, is a factor in Antarctica’s changing terrain. Some environmental groups have encouraged travelers not to visit the continent.

White Desert tries to walk a line with its business model in the southern polar region.

“We recognize that Antarctica is a pristine wilderness and make stringent efforts to ensure that our footprint is absolutely minimal.” the company says in a statement on its website.

It identifies five ways that the company is working toward that goal, including using sustainable fuels on its flights, sourcing biodegradable soaps and cleaning products and heating its living pods with solar energy.

Like many companies which bring tourism to fragile parts of the world, White Desert says it believes that giving people the chance to experience the planet’s awesome beauty will inspire them to work toward preserving it.

And it’s safe to say that one of the people who has fallen in love with the continent is Brauteseth himself.

For those who don’t work as a scientist on a polar base or have enough money to afford the costs of traveling to Antarctica as a tourist — a stay at Wolf Fang can run in the low five figures — being able to work on a runway crew can provide a rare opportunity to visit one of the most untouched places on the planet.

“It’s unreal. It’s it’s kind of like, you know, it’s not on Earth anymore. Totally different to any other country. The landscape is different. It’s amazing.