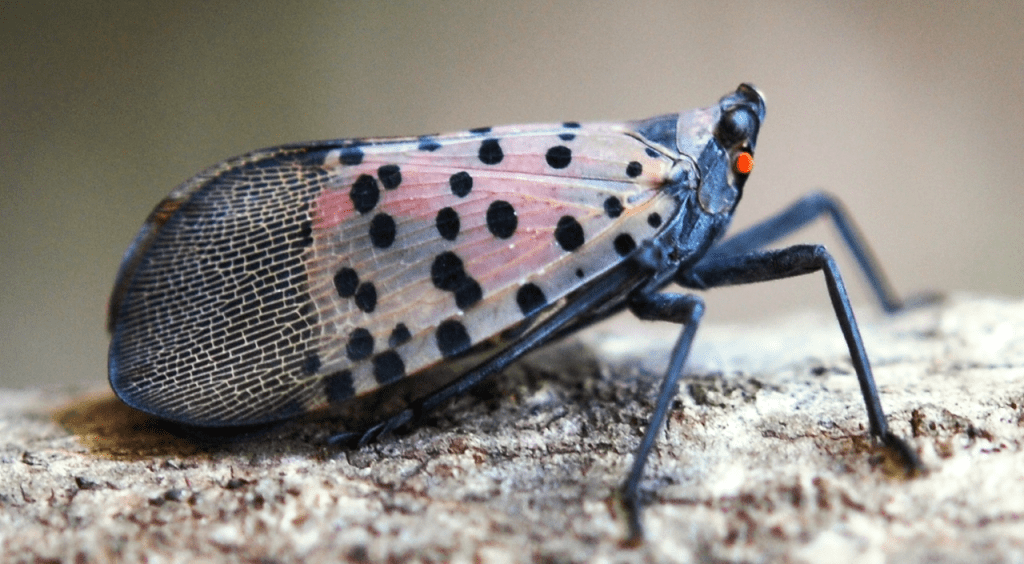 PROVIDENCE, R.I. (AP) — An invasive insect that can cause damage to native trees and agricultural crops was found in Rhode Island for the first time, state environmental officials said Friday.

A single, spotted lanternfly was found in an area in Warwick near Jefferson Boulevard recently, the state Department of Environmental Management said in an emailed statement. A photo of the insect was sent to the agency, and the state Division of Agriculture confirmed the sighting earlier this week.

There is no known population of the insect present in the state, but the agency will conduct a survey of the area where it was found to determine if there is any further evidence of the creature.

The insect, native to Asia, feeds on agricultural crops such as grapes, apples and hops as well as maple, walnut and willow trees.

“In Rhode Island, more than 800 acres of agricultural lands including vineyards, orchards and berry farms are at risk of being infested with SLF, so it’s critical that we take the necessary steps to detect and stop the spread of this invasive pest, particularly since it has now been found in our state,” Division of Agriculture official Cynthia Kwolek said.

The spotted lanterfly has black spots on its wings, scarlet underwings, yellow markings on its abdomen, and tan semi-transparent forewings. They are about an inch long.

The insect was first detected in the U.S. in Pennsylvania in 2014 and has since spread to New Jersey, Maryland, Delaware, and Virginia with individual finds in New York, Connecticut and Massachusetts.