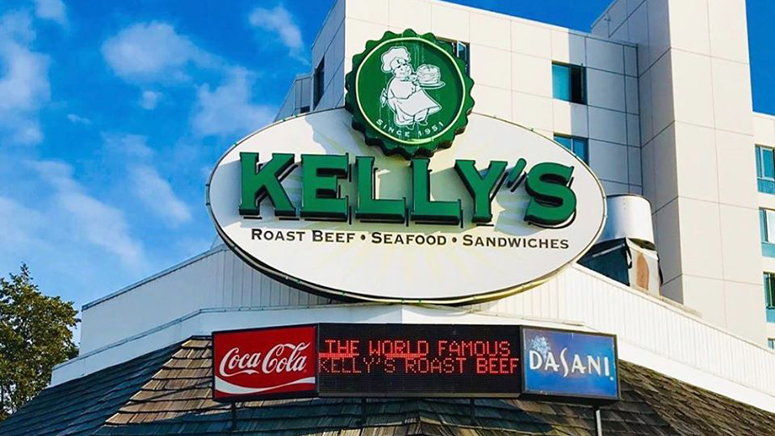 REVERE, MASS. (WHDH) - Kelly’s Roast Beef announced Tuesday that it will be opening as many as six new locations across New England in the coming months.

The iconic chain says it expects to open the new restaurants across Greater Boston and other areas, including Natick, Quincy, Worcester, and Providence over then next 24 months.

Kelly’s is also eyeing “express” locations in mall food courts and at area universities as part of a massive Northeast expansion plan.

The chain’s “ultimate goal” is to have as many as 50 locations open and operating in the next five years, Neil Newcomb, CEO of Kelly’s Roast Beef Franchising, said in news release.

“Kelly’s is a known brand that people love. People associate it with Boston similarly to the way people associate In-N-Out Burger with California,” Newcomb said. “Customers have a passion for the brand and there are very few franchise opportunities out there founded on over 70 years of history.”

Frank McCarthy and Ray Carey found the first Kelly’s along Revere Beach in 1951.

McCarthy and Carey started off serving hot dogs. The iconic roast beef sandwich was created on a whim one night after a wedding was canceled. The duo took roast beef from the event to their hot dog stand and started serving it on a grilled hamburger roll.

A busy Kelly’s location during its peak season can sell upwards of 20,000 roast beef sandwiches a month. Kelly’s estimates one million sandwiches are sold each year across all of its locations.