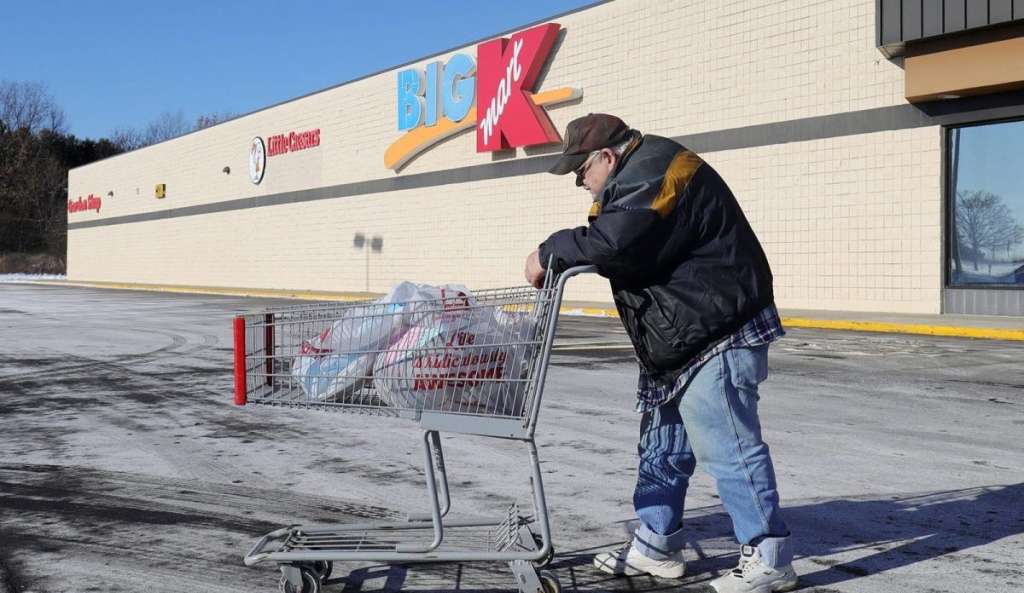 Kmart is shuttering its last-remaining store in Michigan, the state where the once-proud retail chain launched in 1899. It's one of series of store closings that will leave the company with only six locations in the continental United States still in business by year's end. Credit: Kirthmon F. Dozier/Detroit Free Press/TNS/ABACA/Reuters

(CNN) — Kmart is shuttering its last-remaining store in Michigan, the state where the once-proud retail chain launched in 1899. It’s one of series of store closings that will leave the company with only six locations in the continental United States still in business by year’s end.

Kmart is owned by Sears, which purchased the chain out of bankruptcy in 2005. There were 2,100 Kmart locations at the time of its 2002 bankruptcy filing, and 1,400 when it was purchased by Sears. The combined company, Sears Holdings, itself filed for bankruptcy in 2018, and although it survived that process, it has since been closing stores under both brands in what retail experts describe as a “slow-motion liquidation.”

“Obviously they are all going to be gone shortly,” said Mark Cohen, director of retail studies at Columbia University. “This movie has ended, and we’re watching the credits roll endlessly.”

Cohen said that there is no sense in rebranding the handful of remaining Kmart stores with the Sears name, as it would cost money to put up new signage, and the Sears brand would do little to attract more customers.

The last Michigan store is in Marshall, a suburb of Battle Creek, in the western part of the state.

Kmart started in the late 19th century when founder Sebastian Spering Kresge opened a five-and-dime store in downtown Detroit bearing his name. The Kmart brand didn’t come about until 1962. The chain grew rapidly for several decades, claiming the discount segment of the market that big box stores such as Walmart and Target now dominate.

Kmart became known for its 15-minute-long “blue light specials”: a store would flash a blue light and announce “attention Kmart shoppers” over the public address system, and customers would rush to buy the discounted goods. The promotions started in 1965 but were discontinued in 1991, although Kmart has tried to bring them back several times.

The Kmart.com store locator shows only 16 locations left in the continental United States. Six of them have already closed and another four, including the one in Michigan, will close soon, according to employees answering the phone at those locations.

Sears has been going through its own steady string of store closings for more than a decade. Earlier this year, the chain closed its last department store in Illinois, where the company opened its first location in 1925.

A spokesperson for Transformco, the company created from the bankruptcy of Sears Holdings, did not respond to a request for comment on its closing plans.

Most of the four soon-to-be shuttered Kmart stores will close just before the holiday shopping season. The last remaining store still in operation on the West Coast, in Grass Valley, California, will close the week before Christmas.

Another six Kmarts are spread across Puerto Rico, Guam and the US Virgin Islands. The four in the Virgin Islands account for twice as many Kmart stores than in any US state.

It’s particularly tough for companies as damaged as Kmart to find the workers they need to keep the doors open, especially when there is a near record number of job openings and even healthy companies are having trouble finding workers.

“If you have a choice of where you work, most would say, ‘Why would I want to work for a failing chain?'” said Neil Saunders, managing director and retail analyst at research firm GlobalData. “Most people know it’s not a sustainable job.”

An online job posting for the Marshall, Michigan, store shows it is trying to hire cashiers on a temporary basis, with an offer of $25 per hour.