Marty Walsh runs on Dunkin’… even in Korea 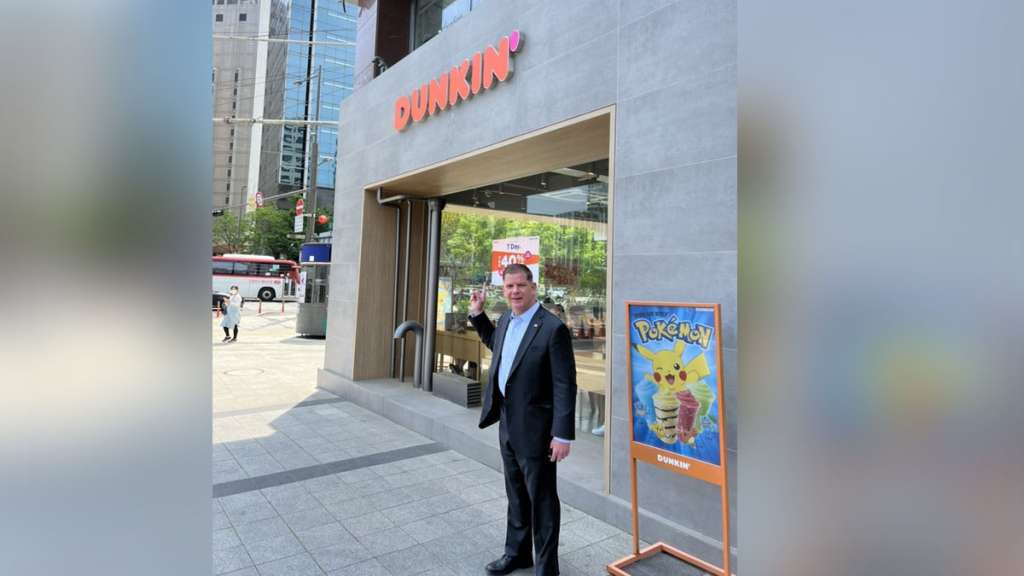 The U.S. Labor Secretary found a Dunkin’ in Seoul, South Korea, and had to snap a picture outside.

Soon after, Koh tweeted a photo of Walsh clutching a hot cup of coffee.

Koh then added that, “no joke,” six customers with ties to Massachusetts were also in that Dunkin’ and said hi to Walsh.

According to the Korea Herald, Walsh is in Seoul to celebrate the inauguration of President Yoon Suk-yeol. He’s joined there by a group including Second Gentleman Doug Emhoff, Rep. Ami Bera of California and Korean-American author Min Jin Lee, who wrote the best-selling book Pachinko.