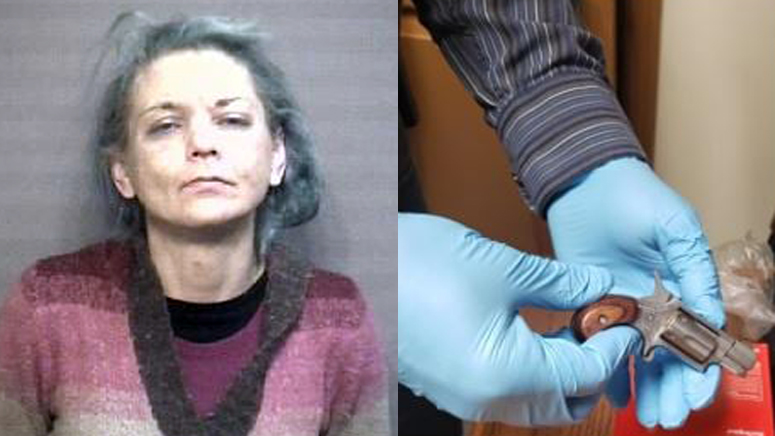 (WHDH) — An inmate is facing a slew of new charges after officials say she used a body cavity to smuggle a tiny gun into a jail where she was being housed.

Amy Natasha Wilhite, 39, of Moberly, Missouri, was arrested Wednesday on a charge of delivery or possession of a weapon at a county jail, according to the Boone County Sheriff’s Office.

Wilhite, who was initially booked into the Boone County Jail following a drugs and firearms arrest on Valentine’s Day, got the attention of detention staff when they learned she may be in possession of a weapon.

She had been subject to a search last month but no firearm was found. Several subsequent strip and pat searches also proved unsuccessful.

When staff searched Wilhite’s personal belongings on Wednesday, they recovered a North American Arms .22 caliber revolver, according to the sheriff’s office.

“It is believed Wilhite had the very small revolver concealed within a body cavity when she was brought into the Boone County Jail,” the sheriff’s office wrote in a news release. “At some time after being incarcerated at the Boone County Jail it is believed Wilhite removed the firearm from her body and concealed it within her personal belongings.”

The revolver is said to be about 4 inches in length, 2.38 inches width, with a weight of just 4.6 ounces.