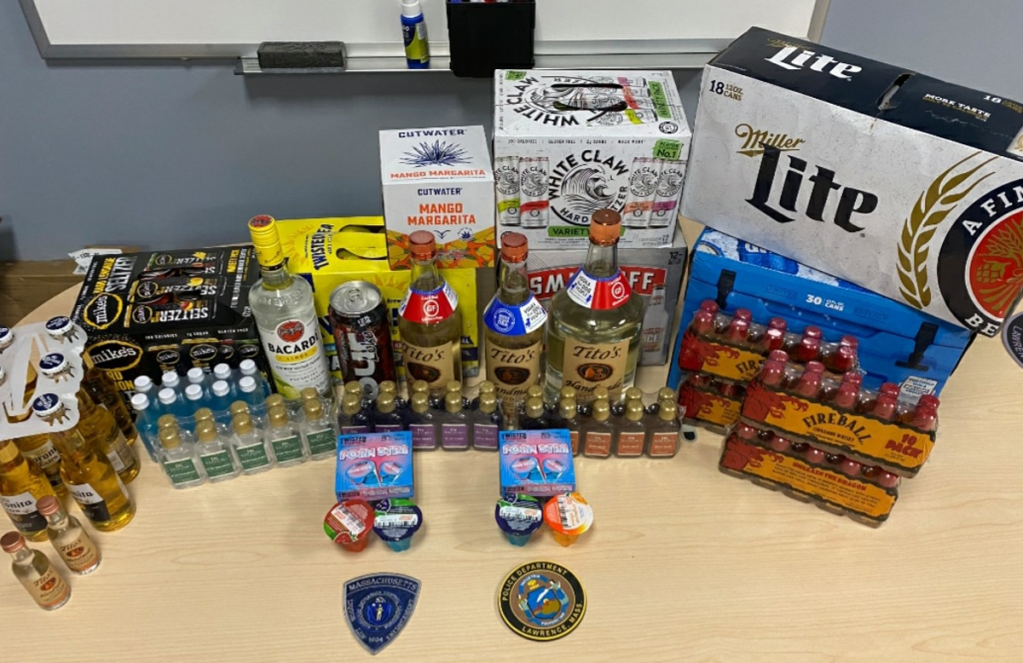 LAWRENCE, MASS. (WHDH) - The owners of a liquor store in Lawrence are facing criminal charges after police say investigators caught them selling dozens of cases of alcohol to more than 60 minors.

Mt. Vernon Liquor will be charged with eight counts of selling alcoholic beverages to underage people and will be brought before the Lawrence Licensing Board, according to the Lawrence Police Department.

During a three-day investigation dubbed “Operation Fireball,” Lawrence police officers and members of the Massachusetts Alcoholic Beverage Control Commission found
about 61 people under the age of 21 who either purchased alcohol or attempted to purchase alcohol from Mt. Vernon Liquor, police added.

Nineteen fraudulent identifications were seized and investigators also reportedly prevented the delivery of about 37 cases of alcoholic beverages to minors, while seizing another 38 bottles of alcohol.

“Operation Fireball was conducted to inform, educate, prevent, and enforce the laws surrounding underage drinking and the sale of alcoholic beverages to minors. We also wanted to raise awareness of underage drinking and driving especially with high school prom and graduation season is upon us,” Lawrence Police Chief Roy Vasque said in a news release.

Additional violations against Mt. Vernon Liquor will be handled by investigators from the Alcoholic Beverage Control Commission.