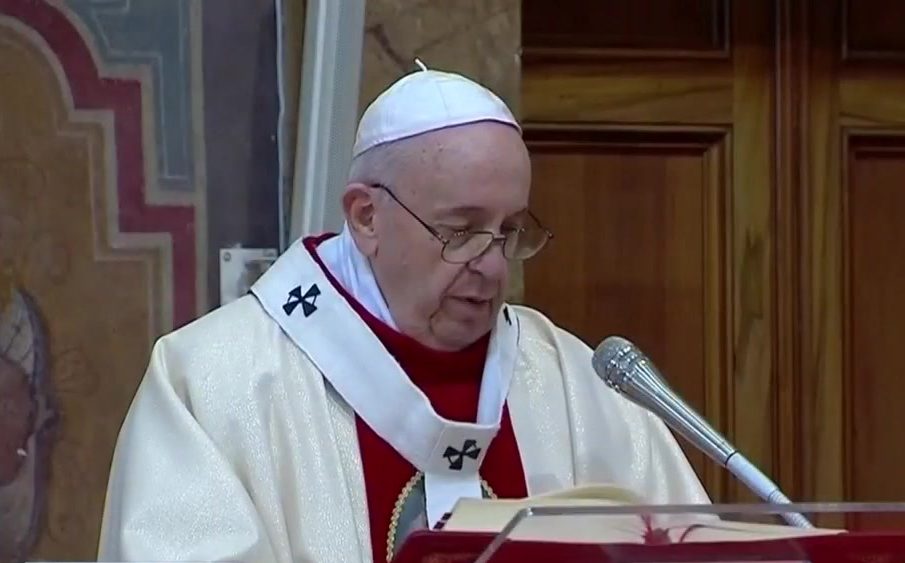 VATICAN CITY (AP) — Pope Francis marked Epiphany on Thursday by encouraging people to shake off consumeristic “tyranny” and crises of faith in lives and societies and instead find the courage to work for justice and brotherhood in societies dominated by what he called the “sinister logic of power.”

During Mass in St. Peter’s Basilica, the pontiff marked the Catholic feast day of Epiphany, which recalls the visit, recounted in the Gospel, of three Magi, or wise men, to Baby Jesus, and their sense of wonder at the encounter.

Francis in his homily urged people to move past the “barriers of habit, beyond banal consumerism, beyond a drab and dreary faith, beyond the fear of becoming involved and serving others and the common good.”

“We peer over earthly maps, but we forget to look up to heaven. We are sated with plenty of things, but fail to hunger for what we are missing,” Francis said. ”We are fixated on our own needs, on what we will eat and wear, even as we let the longing for greater things evaporate.”

“And we find ourselves living in communities that crave everything, have everything, yet all too often feel nothing but emptiness in their hearts,” he said, adding that that dynamic leads to indifference.

As the Bible recounts, the Magi’s mission, searching for the child described as the king of the Jews, attracted the notice of King Herod I of Judea, who ordered the massacre of young male children in a bid to eliminate Jesus.

Francis called for “a courageous and prophetic faith, one that is unafraid to challenge the sinister logic of power, and become seeds of justice and fraternity in societies where in our day modern Herods continue to sow death and slaughter the poor and innocent, amid general indifference.”

Decrying what he defined as “the tyranny of needs,” Francis said: “Let us not give apathy and resignation the power to drive us into a cheerless and banal existence.”

In Spain, where a national holiday was being observed, King Felipe VI was due to review Spanish troops at a traditional military parade in Madrid and afterward give a speech. Prime Minister Pedro Sánchez was also to attend. The country traditionally holds “cabalgata” parades the day before Epiphany in which the “Reyes Magos,” or Three Wise Men, ride on floats through major cities and towns across Spain. Children and adults alike leave their shoes out the night before and receive gifts from the three kings on Jan. 6.

Predominantly Orthodox Greece, Cyprus, Bulgaria and Romania also marked Epiphany on Thursday. The holiday is marked by the blessing of the waters ceremonies, during which swimmers compete to retrieve a floating cross thrown into the seas, rivers and lakes.

Thousands of Orthodox Christian worshippers in Bulgaria neglected restrictions on mass gatherings due to the pandemic and stuck to their centuries-old Epiphany traditions, plunging into icy rivers and lakes.

Celebrations were canceled or scaled back in many parts of Greece as the country struggles with a huge surge in COVID-19 infections driven by the omicron variant.

Barry Hatton in Lisbon, Portugal, Veselin Toshkov in Sofia, Bulgaria, and Derek Gatopoulos in Athens, Greece, contributed to this report.