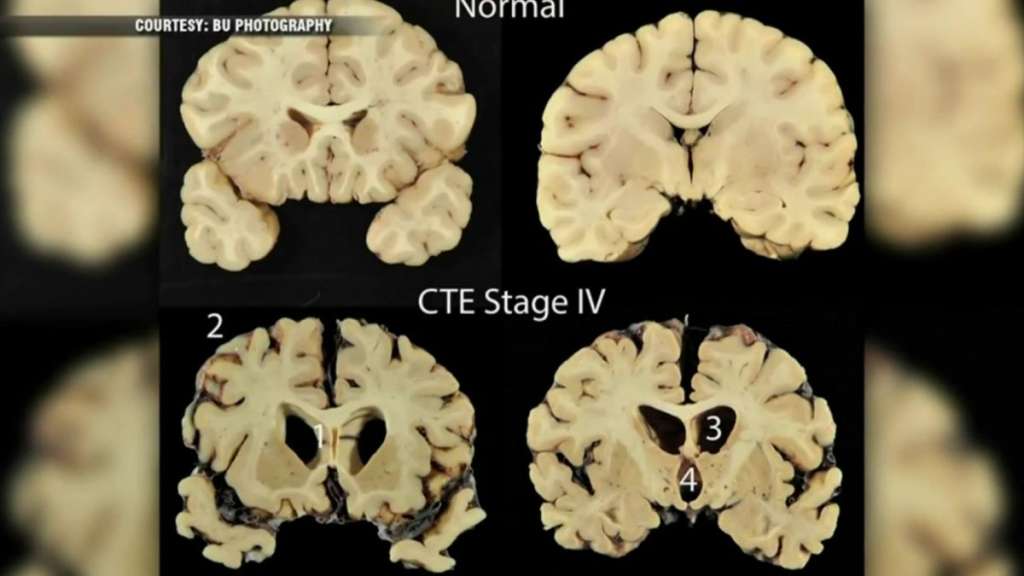 BOSTON (WHDH) - Football is taking another hit after new research from Boston University finds that college football players are more likely to develop brain disorders like CTE or ALS later in life.

“It seems that repetitive head impact sets in motion a cascade of changes in the brain that eventually leads to problems later in life,” said BU CTE Center’s Dr. Robert Stern.

“It’s important, real important, to reduce and address concussions,” he said. “But that’s the tip of the iceberg and what we’ve found and others have found is it seems to be the repetitive subconcussive trauma that leads to later in life brain problems.”

This means that the game-stopping tackles are not always the problem but instead, the small hits players take consistently game after game — season after season.

Stern’s research does come with a silver lining: the former college athletes were less likely to develop things like diabetes and heart disease later in life.

For now, Stern’s plan is to continue studying the Notre Dame alums.

“We still have so many important questions to answer,” he said, “about the relationship between these repetitive hits earlier in life through contact and collision sports and later life brain problems.”