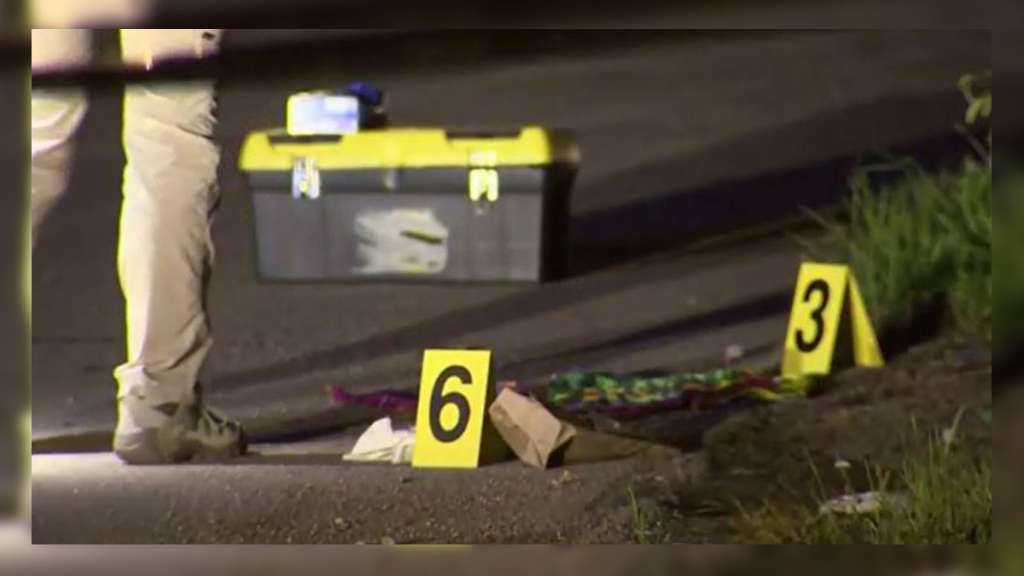 QUINCY, Mass. (AP) — The suspect in fatal shooting in Milton over the weekend was held without bail at his arraignment Monday.

A not guilty plea to a charge of murder was entered on behalf of Myles King, 21, the suspect in the shooting on Saturday evening of Marquis Simmons.

Simmons, 25, was shot after he got off his moped, according to a statement from the office of Norfolk District Attorney Michael Morrissey. He was taken to Boston Medical Center where he was pronounced dead.

Responding officers found Simmons down on the grass with a gunshot wound to his upper chest, the prosecutor said in court, according to The Patriot Ledger.

Simmons, who was in an out of consciousness, told police that he was shot by “Mizzy Cash,” which is King’s nickname, the prosecutor said.

Based on that information and surveillance video that showed a car leaving the scene, police arrested King, the prosecutor said.

King’s attorney asked for the right to request bail at a future date.

Investigators are trying to track down other people who may have been involved.