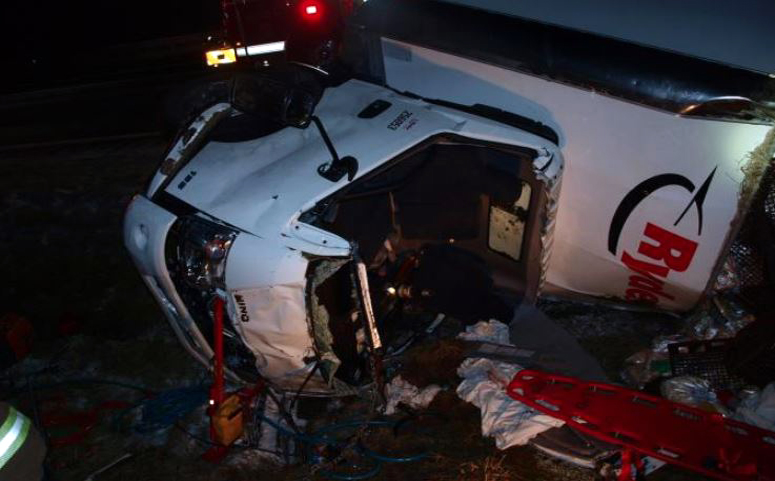 Troopers responding to a report a rollover crash with entrapment on Interstate 89 in Enfield around 12:45 a.m. found a commercial truck driver pinned under the dash of the driver’s seat and pallets of bread all over the ground, according to New Hampshire State Police.

Roy El Chidiac, 50, of Quebec, was extricated from the truck and taken to Dartmouth Hitchcock Hospital with minor injuries, police said.

Several pallets of bread that were inside the box truck spilled into the median. Part of the highway was closed for hours as crews worked to clear the scene.

At the time of the crash, police say the highway was icy due to a mix of rain and sleet.

Anyone who witnessed the crash is urged to contact trooper Kenneth McGrath at 603-227-0088.