‘We are so touched’: Runner gifts 2021 race medal to Spencer the Boston Marathon dog after stopping to say hello 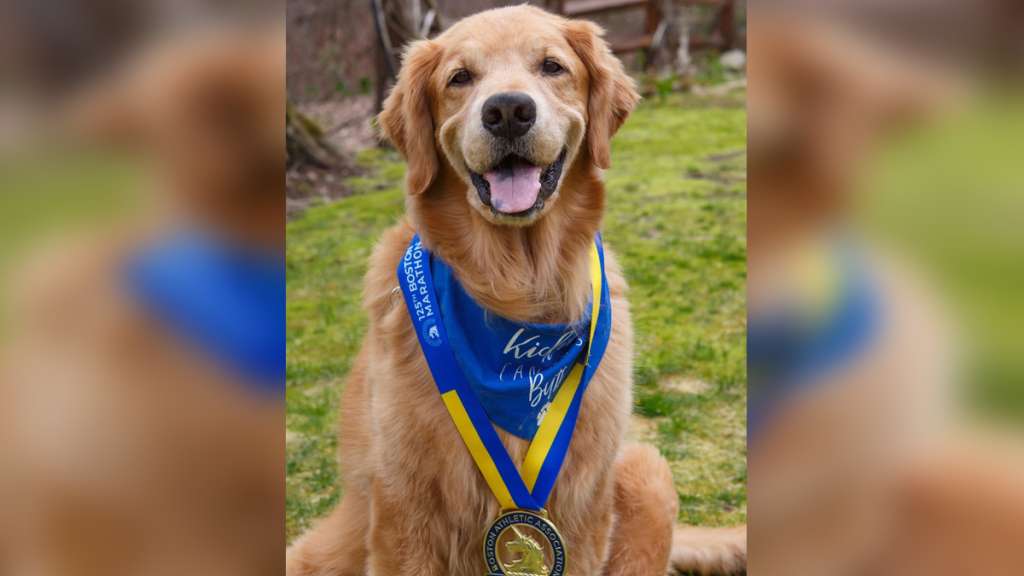 BOSTON (WHDH) - A runner competing in Monday’s race gifted his 2021 medal to Spencer the Boston Marathon dog after he stopped along the 26.2-mile route to say hello to the beloved pup.

“One of the most heartfelt moments was when I was taking a photo of a runner and he asked if Spencer had a medal for the photo. I replied no. He took his medal from 2021 out of his pocket and put it around Spencer’s neck for his photo,” Spencer’s owner, Rich Powers, said in a Facebook post.

Powers says he reminded the runner not to continue on without his medal, but the runner responded, “No this is for him….Keep doing what you’re doing.”

Powers added, “I don’t have his his photo because I used his phone and I didn’t get his name. To whoever gave Spencer this gift we are so touched and I will never forget this special moment. To the mystery runner THANK YOU!!!!! You lifted our spirits more than you could ever know.”

The 12-year-old golden retriever gained fame years ago during a rainy Boston Marathon as he sat along the route near Ashland State Park and cheered on runners with a “We are Boston Strong” flag in his mouth.

A number of runners competing on Patriots’ Day stopped to take selfies with Spencer, who was once again out showing support with his sister Penny by his side.

Spencer had a health scare late last year and underwent surgery to remove a tumor. It was the second time he had to have a tumor removed. He is now in remission after undergoing chemotherapy.

Spencer was named the official dog of the 126th Boston Marathon during a special ceremony at the Fairmont Copley Plaza hotel last week.