Whale found dead off Scituate had been ‘significantly scavenged’ by sharks 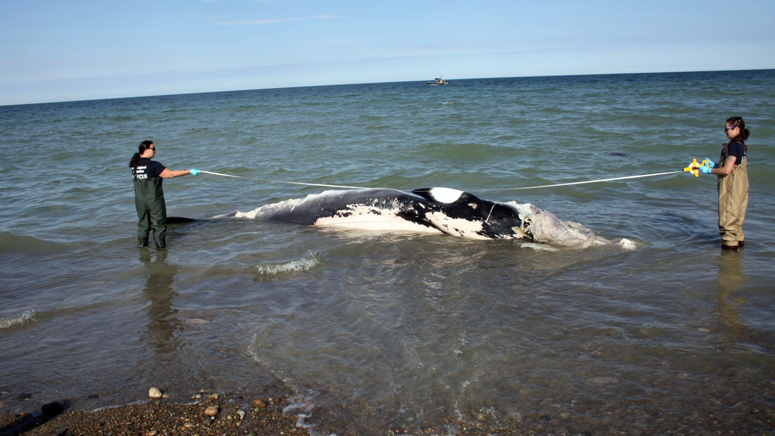 SCITUATE, MASS. (WHDH) - A young minke whale that was found dead in the surf off Humarock Beach in Scituate on Monday afternoon was likely the victim off a shark attack, officials said.

Biologists responding to the beach found a 22-foot whale that had been “significantly scavenged” by sharks, according to the New England Aquarium. It’s estimated that the whale had been dead for at least a couple days.

“The amount of tissue eaten from the carcass precluded the opportunity to do a full necropsy,” the aquarium said in a press release. “Biologists observed that the skin on the pectoral fins and back was still in good condition, which is an indicator that the whale had died recently.”

Unlike many whale carcasses that wash ashore, the aquarium says this particular minke was not first spotted floating at sea.

Scituate officials disposed of the carcass on Tuesday.

Two minke whales have washed up on the South Shore since Labor Day.

Boaters off Duxbury recently spotted a white shark feeding on a whale carcass. It later found on the town’s beach reservation.

Minke whales are the smallest of the large whale species seen in the region, the aquarium noted.