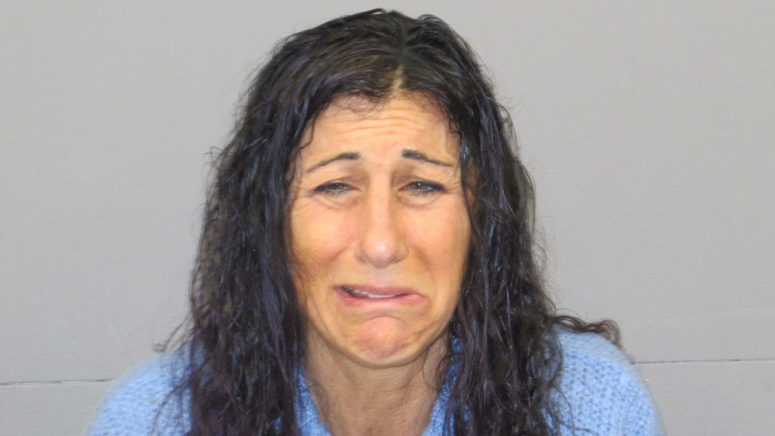 Police launched an investigation into Grocer’s alleged behavior in December after Henry Kanner, the owner of Natick Outdoor Store on North Avenue, reported finding piles of human feces in the parking lot on a routine basis.

Investigators initially thought that an animal was responsible for the dirty acts but toilet paper and wipes were found nearby, according to Rossi.

Grocer would park in the back right corner of the parking lot and time her movements so that pedestrians waiting for the train and shuttle buses had already left the area, the documents said. She would then reportedly open her driver’s side door and the rear driver’s side door to create a barrier to defecate.

Rossi says the bowel movements were caught on surveillance camera but part of the suspect’s license plate was always hidden from view. Police upped patrols in the area in an effort to catch the serial pooper in the act.

On Wednesday, officers spotted Grocer using the bathroom in the parking lot around 6:51 a.m. and confirmed that she had in fact defecated on the pavement, the documents said.

An officer followed Grocer out of the parking lot and pulled her over in the area of Walnut Hill Drive. When asked about the feces, Grocer reportedly said that she had “irritable bowel syndrome” and that she didn’t want to use the bathroom in a home where she works as a nanny, just four streets away from Natick Outdoor Store.

When the officer asked Grocer why she didn’t stop to go in a number of nearby businesses, including a Dunkin’ and Roche Brothers, she reportedly said that “she should have and would next time.”

Rosi added that police are puzzled by why Grocer would behave in such a way.

She is due back in court in March.