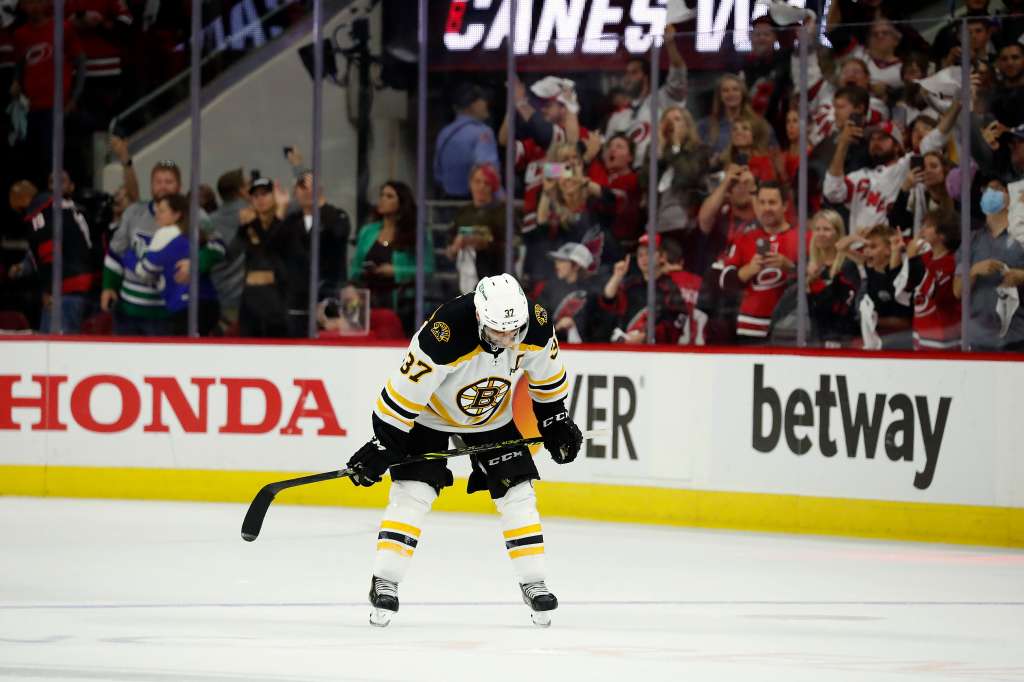 The thought of a Boston Bruins team without Patrice Bergeron has long felt like like a far-off possibility for fans.

But as soon as the final horn sounded during the Bruins’ 3-2 Game 7 loss to the Carolina Hurricanes, the Boston Bruins and their fans were staring that possibility in the face.

Rumors of retirement or a departure to another team have swirled around the Bruins’ 36-year-old captain in recent weeks. Bergeron is not under contract with the Bruins for next season and is free to choose his next destination, whether it be on the NHL ice or golf greens.

As the Bruins exited the ice at PNC Arena and Bergeron gave out his traditional post-game embraces, it was easy to believe it would be for the last time.

According to Bruins winger Brad Marchand, the Bruins’ early postseason exit had an extra twinge of pain this year due to the murky future of their locker room.

“That’s probably why this one hurts more… the unknown,” said Marchand. “He’s done so much for this group.”

Bergeron wouldn’t comment on his future immediately after the game.

“It’s too fresh right now,” Bergeron said, sporting a large cut below his eye. “It stings. Hard fought series and we just came up short.”

Bergeron has played in 1,216 games for Boston since his 2004 rookie season. At 36 years old, Bergeron’s resume includes four Selke Trophies, a 2011 Stanley Cup championship and a reservation for his number to adorn the rafters of the TD Garden at a later date.

It’s a legacy that has solidified his place in the pantheon of Boston sports legends and, according to Marchand, gives the likely future Hall-of-Famer leeway to do whatever he believes is best for him and his family.

“We want him to come back but whatever happens, he’s earned the right to make whatever decision he wants.”