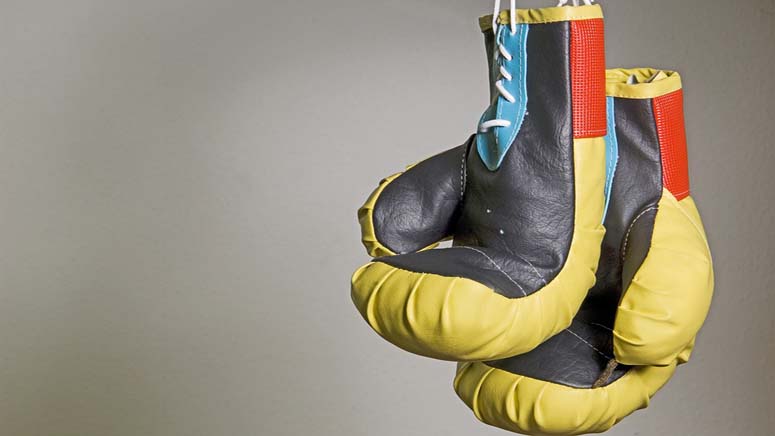 (CNN) — For the first time in its 140-year history, two female boxers are headlining at Madison Square Garden as undisputed lightweight champion Katie Taylor goes toe-to-toe with seven-weight champion Amanda Serrano in the ring on Saturday.

“I think this is one of those history making fights. Male or female, the sport hasn’t seen a fight like this before,” the 35-year-old Taylor told CNN Sport’s Don Riddell.

“I feel like after Saturday night, people are going to be talking about myself and Amanda Serrano in years and years to come.”

The ‘World’s Most Famous Arena’ will be a fitting venue for a battle between the best in the world; both ESPN and DAZN have Taylor ranked first and Serrano second pound-for-pound.

This will be the boxing’s first fight between the pound-for-pound No. 1 and No. 2 since 2008, when Manny Pacquiao defeated Juan Manuel Marquez. The fight will be televised exclusively by DAZN starting at 7:30 p.m. ET.

A 2012 Olympic gold medalist, Taylor (20-0, 6 knockouts) is putting her lightweight titles in the WBA, IBF, WBO, WBC and The Ring on the line. The 33-year-old Serrano (42-1-1, 30 knockouts), has earned world titles across seven weight classes ranging from 115 to 140 pounds. Last year, she successfully defended her WBO and WBC featherweight titles.

“We’re two great champions in our prime and it’s going to make for such an amazing fight,” said Taylor. “I think stylistically we might do very, very well together. She’s obviously a very, very aggressive fighter and so am I. So, I think it’s going to be a very, very exciting fight. I just can’t wait for it.”

There was a time when Taylor thought this fight would never happen.

It had previously been set for May 2, 2020 but was postponed due to the Covid-19 pandemic. When the time came to reschedule both Taylor and Serrano decided to fight for a bigger payday, delaying the match even further.

“You obviously know your worth when you are capable of selling out arenas and selling out stadiums. We’re both in a position where we’re able to do it, and not just sell out a stadium but sell out Madison Square Garden, which is very, very special,” said Taylor.

Speaking to the MMA Hour in January, Jake Paul confirmed that both boxers would earn seven figures for the match. In 2021, Puerto Rican Serrano, who lives in Brooklyn, signed with Paul’s company, Most Valuable Promotions, which is co-promoting the fight with Matchroom Sport.

A long-time pioneer in the sport, securing her own payday isn’t enough for Taylor — she wants her success to start spreading throughout the rest of women’s boxing.

“I feel like we have covered a lot of ground over the last few years in terms of the paycheck and the purses, but I still feel like we still have a long way to go as well,” she told CNN.

“It’s not okay that myself and Amanda are just the ones that are getting the big paychecks, but that has to carry over onto the other female fighters as well and I hope that can happen.”

Taylor and Serrano are widely credited with the recent rise in popularity of women’s boxing. Since going pro in 2016, Taylor has seen huge changes in her sport.

“When I first turned pro six years ago, it was very, very unusual to see a female fight on a card, but right now you’re seeing female fights in every single boxing card and you’re seeing the female fighters as household names as well, which is absolutely incredible,” said Taylor.

Growing up, Taylor looked to Christy Martin and Deidre Gogarty for representation in the ring. Now, being at the forefront of her sport, Taylor recognizes that she is a source of inspiration for young female boxers.

“It is definitely a big responsibility, it’s also just more like a privilege to me. You want to have this influence and influence is an absolute privilege. I feel very, very lucky and blessed to be in this position.” said Taylor, who grow up in Bray, near Dublin in the Republic of Ireland.

“When I started boxing as a 10 or 11 year-old, there was no female fighters at all in the country and when I walk into every single boxing gym right now in Ireland, every single gym is packed with female fighters; and the talent that I’m seeing, they’re absolute superstars in the making. That, to me, is the most satisfying part about this journey.”