Today: Sun fades to clouds by mid to late afternoon as temps rise to 45-50.

The cause for all this is a potent storm system that’ll be working up the East Coast, from the deep South. With it, a tremendous amounts of moisture for this time of year also streams up the East Coast, allowing for a firehouse of downpours, gusty winds and mild air to be pointed right at New England. Rain starts before the morning commute tomorrow and won’t end until after the evening commute. That means it’s a slow go all day on the roadway. 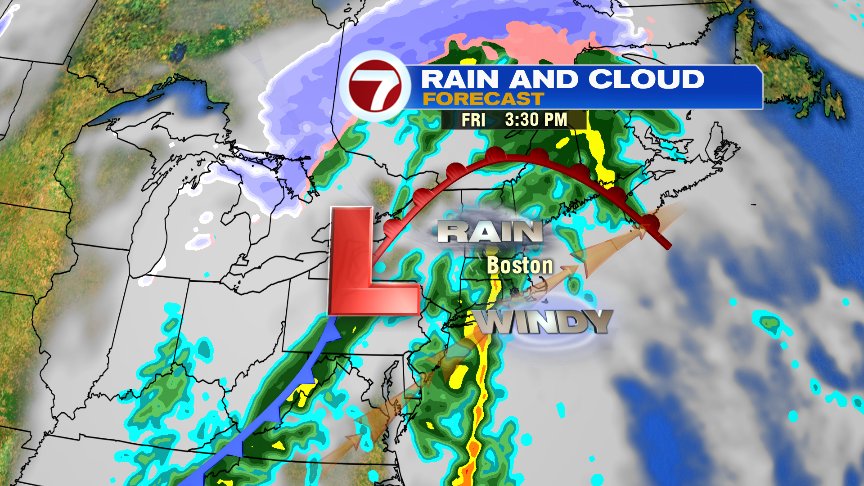 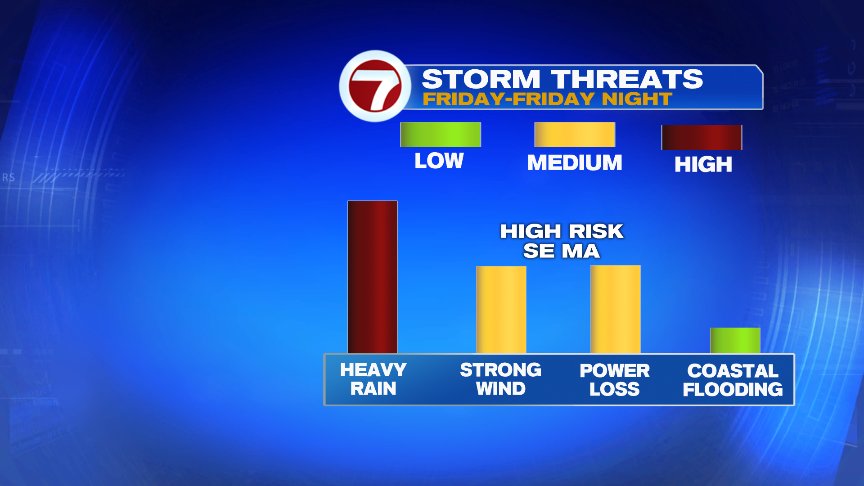 A flood watch is up for the rain since some minor river flooding is possible. We’ll also watch for pockets of poor drainage/street flooding too with embedded downpours. 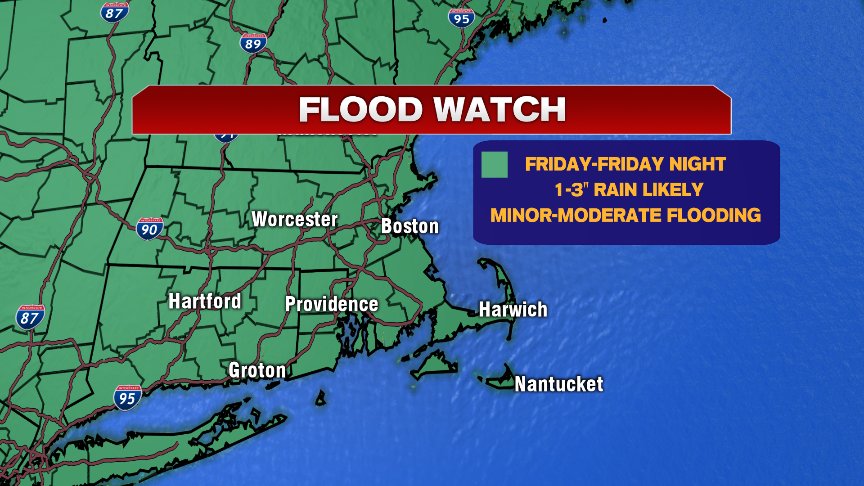 Winds will be strongest across Southeast Mass, gusting to 60mph. We’ll also watch the potential for a strong thunderstorm or two in the afternoon/evening, as any convection would be capable of mixing down some very strong winds. In these anomalous set-ups, there’s even a low risk you can even produce a quick waterspout or short-lived tornado. We’ll keep tabs on the radar closely for sure tomorrow afternoon and evening. 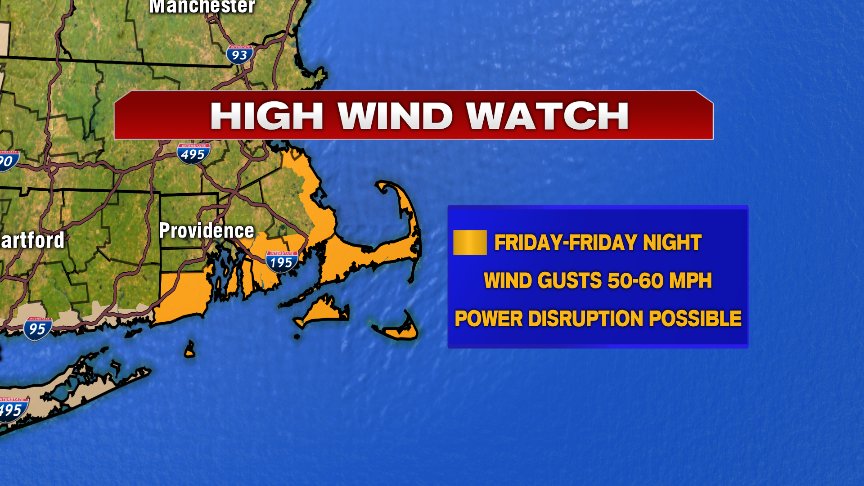 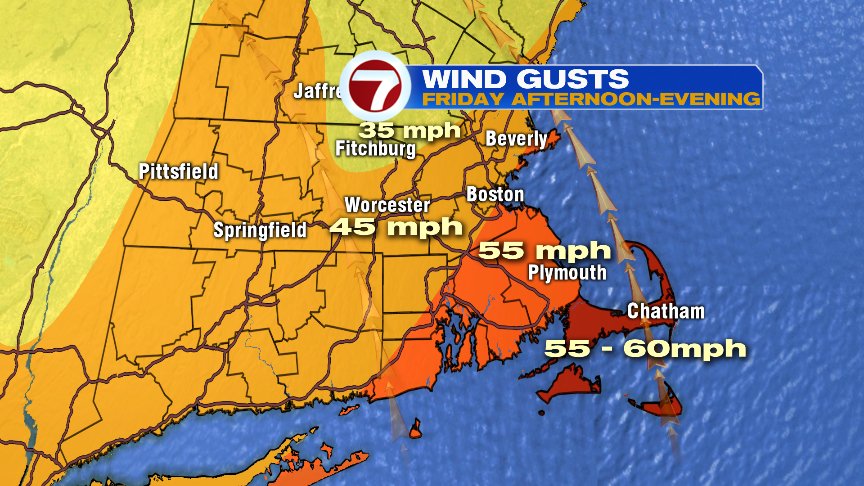 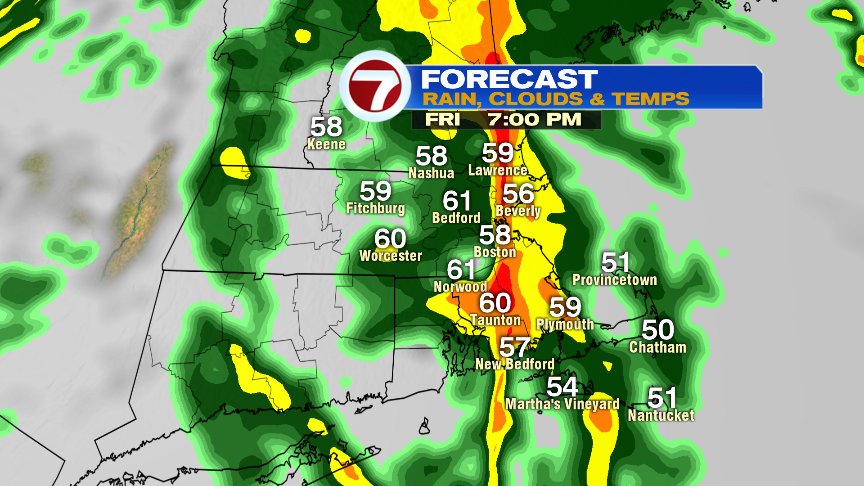 As temps surge to near 60 degrees, we’ll approach record warmth for the time of year. 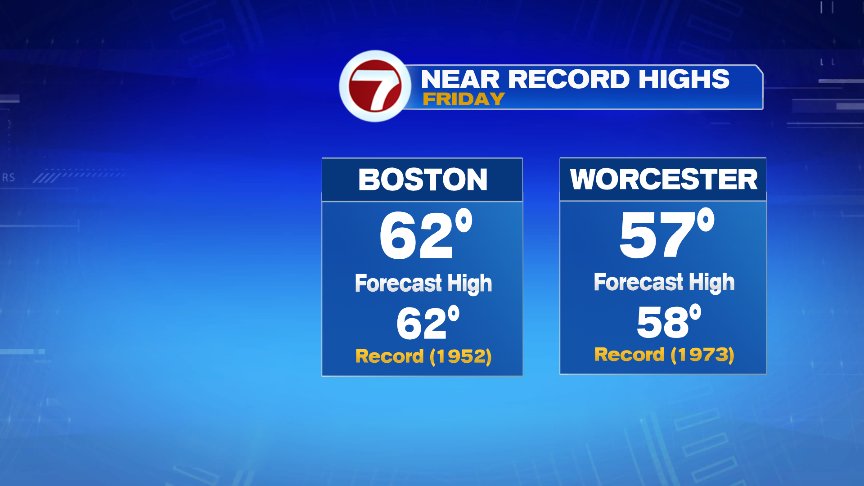 Fortunately, the stormy weather will be one and down as we head into early next week. Saturday will be breezy as temperatures drop from the 50s in the morning to the 40s in the afternoon. Other than some spotty showers in the morning, Saturday features more dry hours than wet. Sunday is seasonably cool with a bit of a breeze. Go Pats! 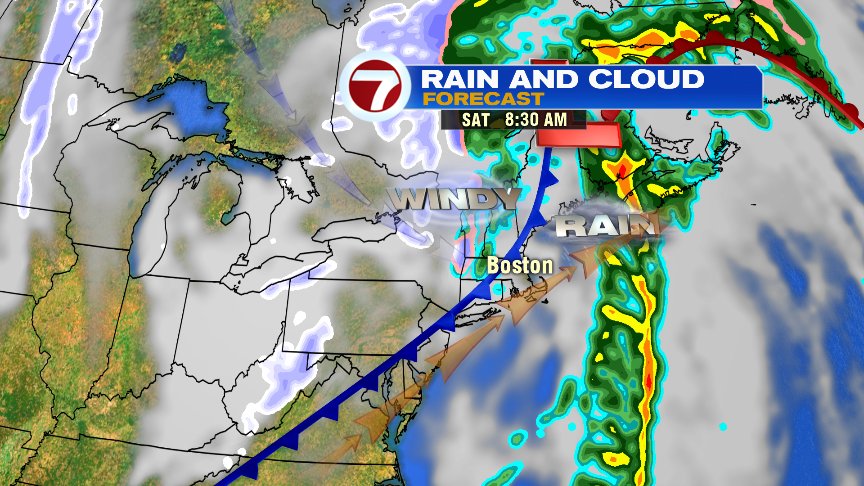 Looking for some mood snow? We still may find in Christmas Eve as patchy light snow or flurries is possible with a weak disturbance sliding by near us. It shouldn’t amount to much and we’ll be dry and seasonable cold for Christmas Day. 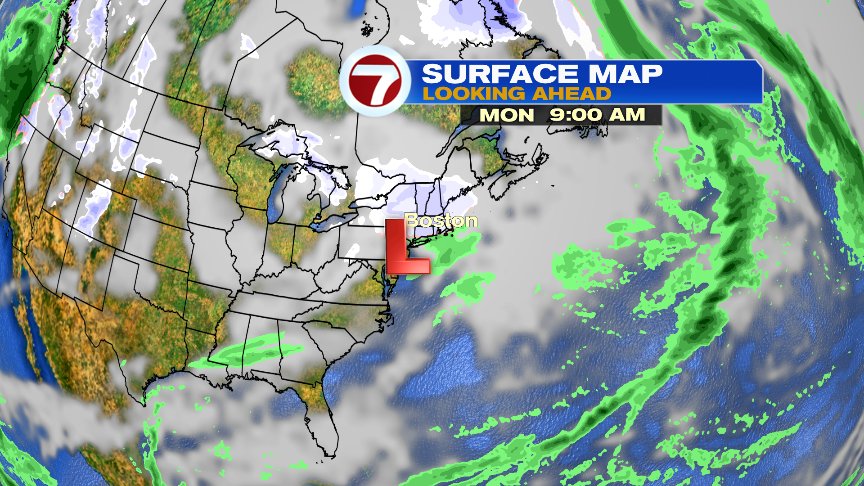 Have a good day!