Alright, weekend’s over, back in the saddle.  Back to messy weather too. However, this go around, many of us see rain, not snow and this storm is a whole lot faster than the last storm as we’ll catch about a 6hr window of rain and snow from 2-8pm. The best chance for snow to be sustained for a few hours will be across the interior, especially the higher terrain of central and northern Worcester County. Below is a mid afternoon snapshot of what to expect, showing eastern Mass Rain and interior snow. 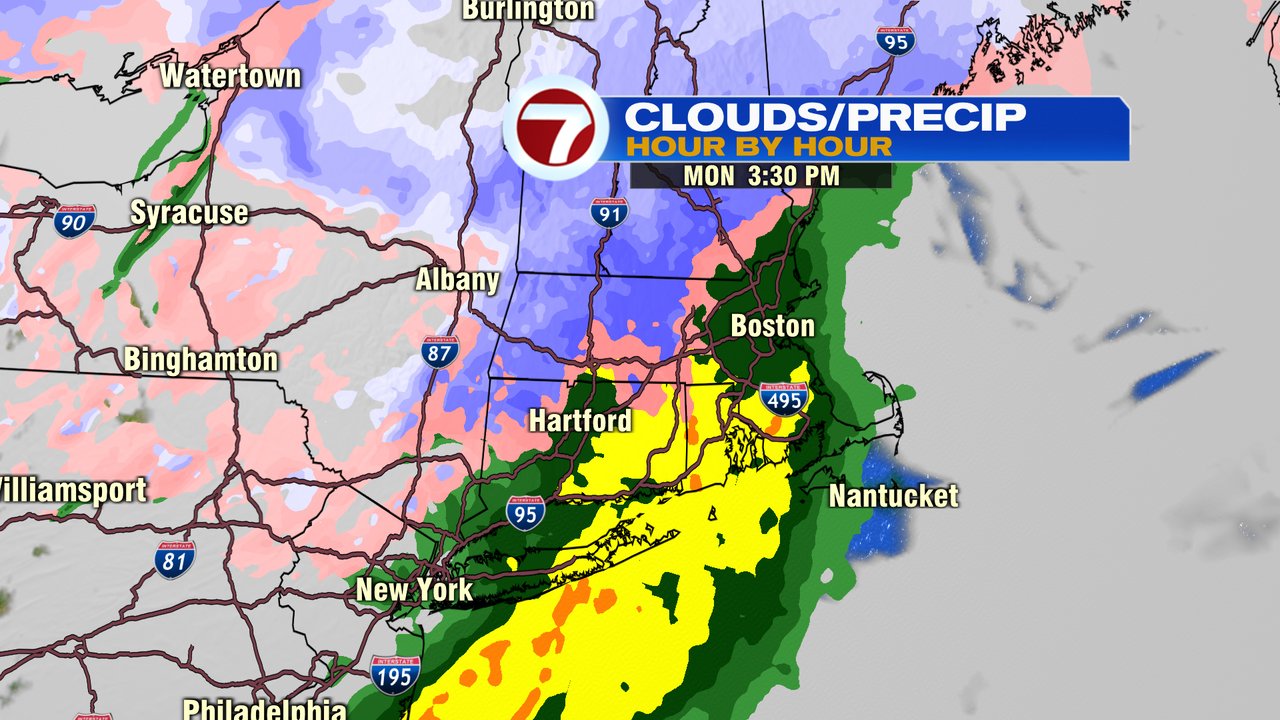 While minor snow accumulation is possible near 495, the best chance for a couple inches of snow will be across the norther half of Worcester County with an few towns in northern Worcester County picking up 3″. 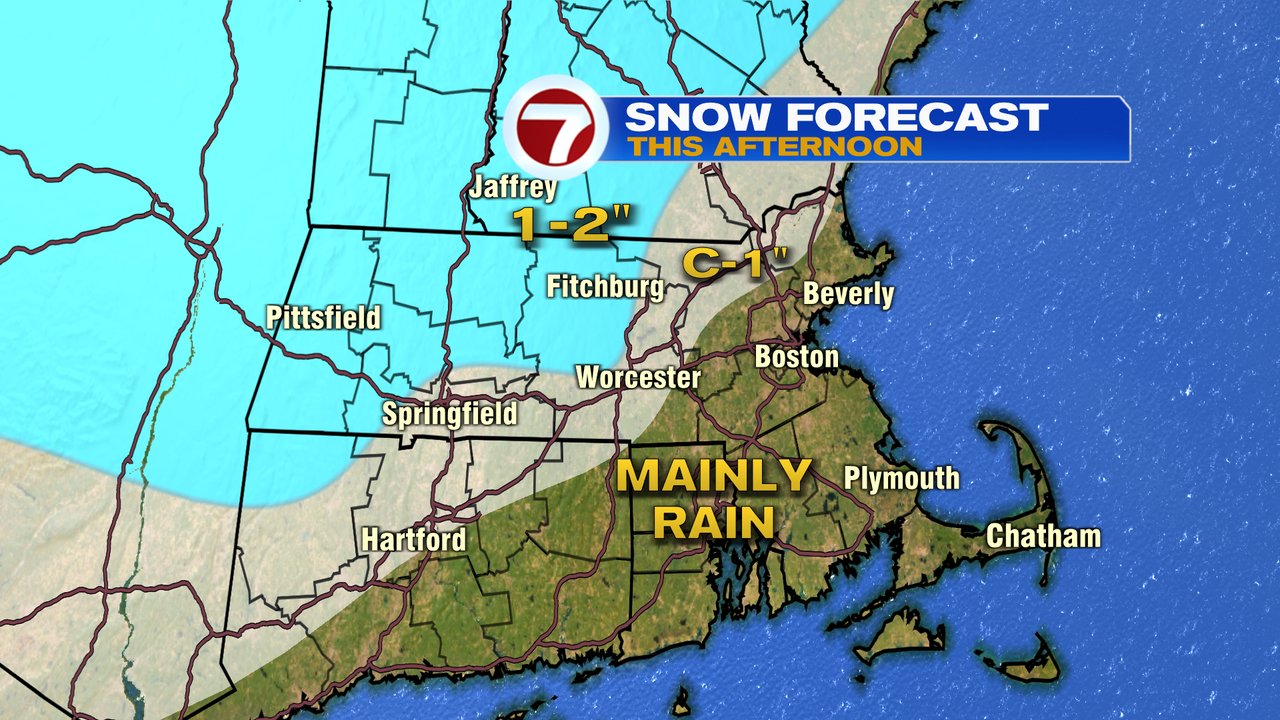 Rain totals run 0.25-0.50″ across the area with locally higher totals across far Southeast Mass. Expect plenty of big puddles for the evening commute. 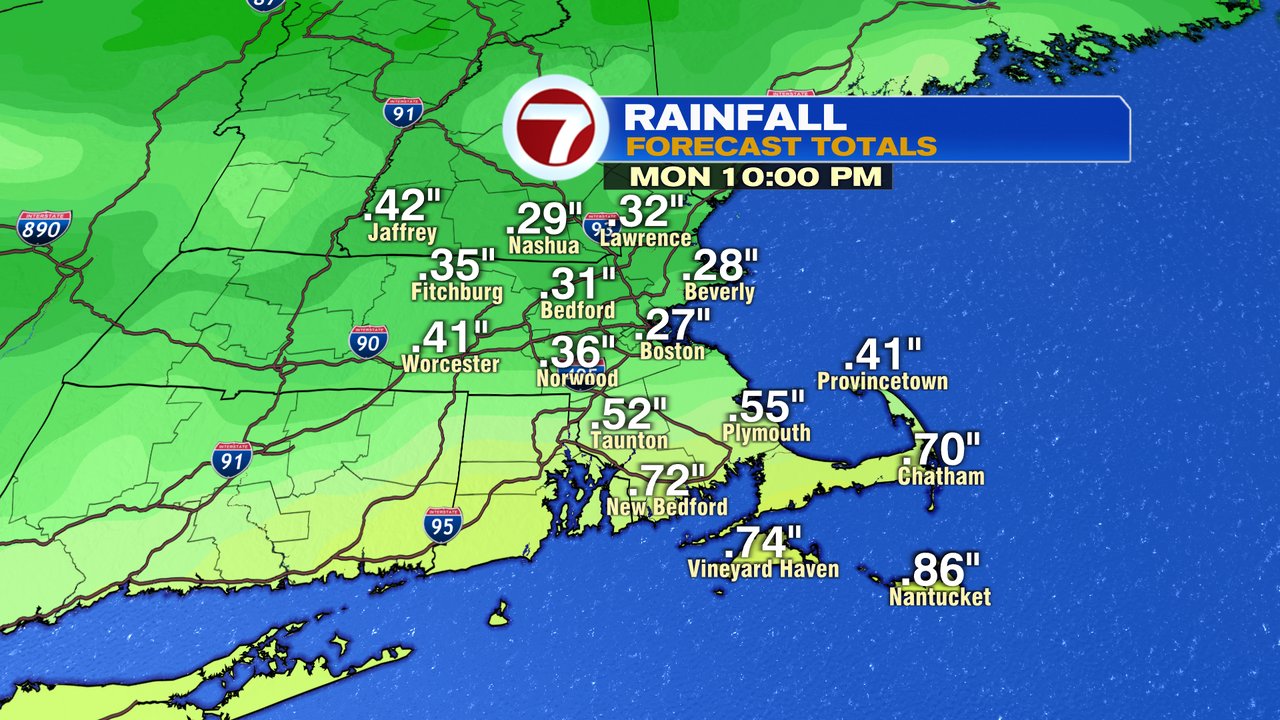 Milder air hangs in this week as we melt some snow and hopefully get rid of many of the ice dams built up on the roof tops. Carefully being underneath some of those big icicles as they’ll be susceptible to falling down this week. 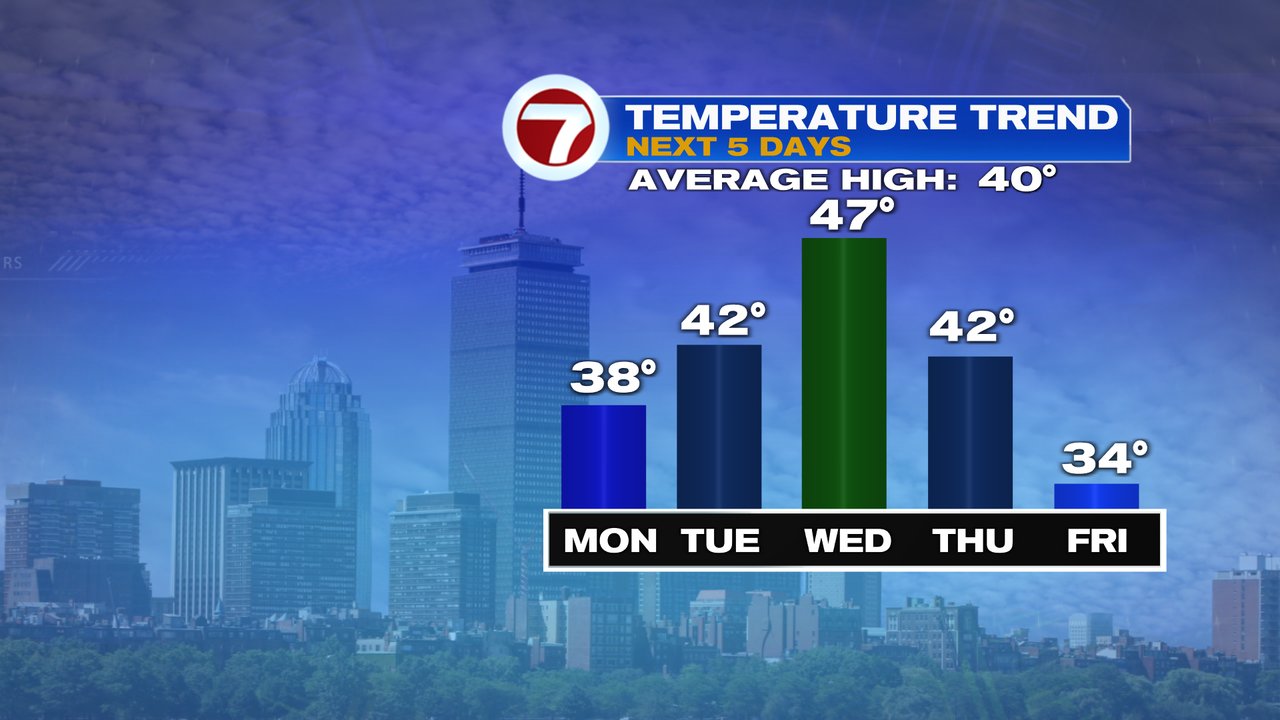 Can you feel that sun getting stronger? Each day we’re adding a few minutes of daylight and we’re only a few weeks from Spring forward on the clock and a month away from our first 7pm sunset! 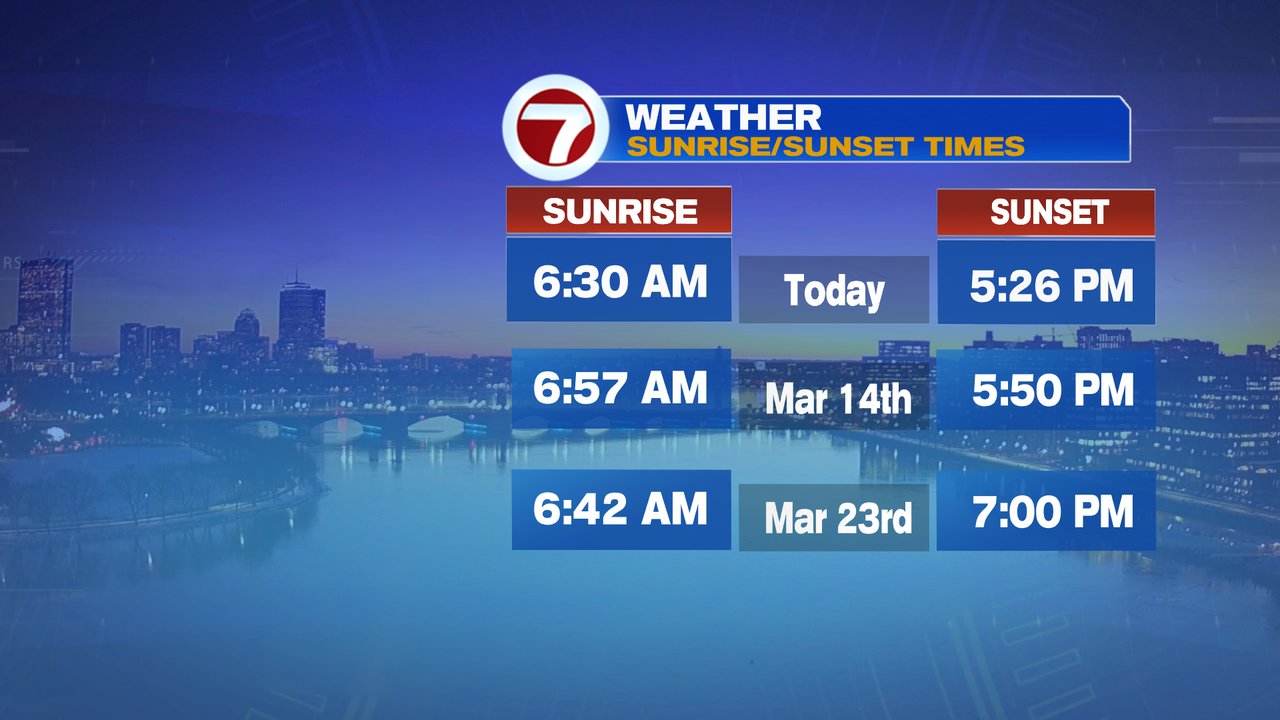