Well, it took a while yesterday, but once the sun broke out, temps did jump up to near 70, capping off the day on a beautiful note for the playgrounds and little league games.

Today, despite the early morning showers, we should be able to get in those games/practices on the diamond again this afternoon as many of the daylight hours will be dry. Temps are much cooler today at the coast and milder again inland. 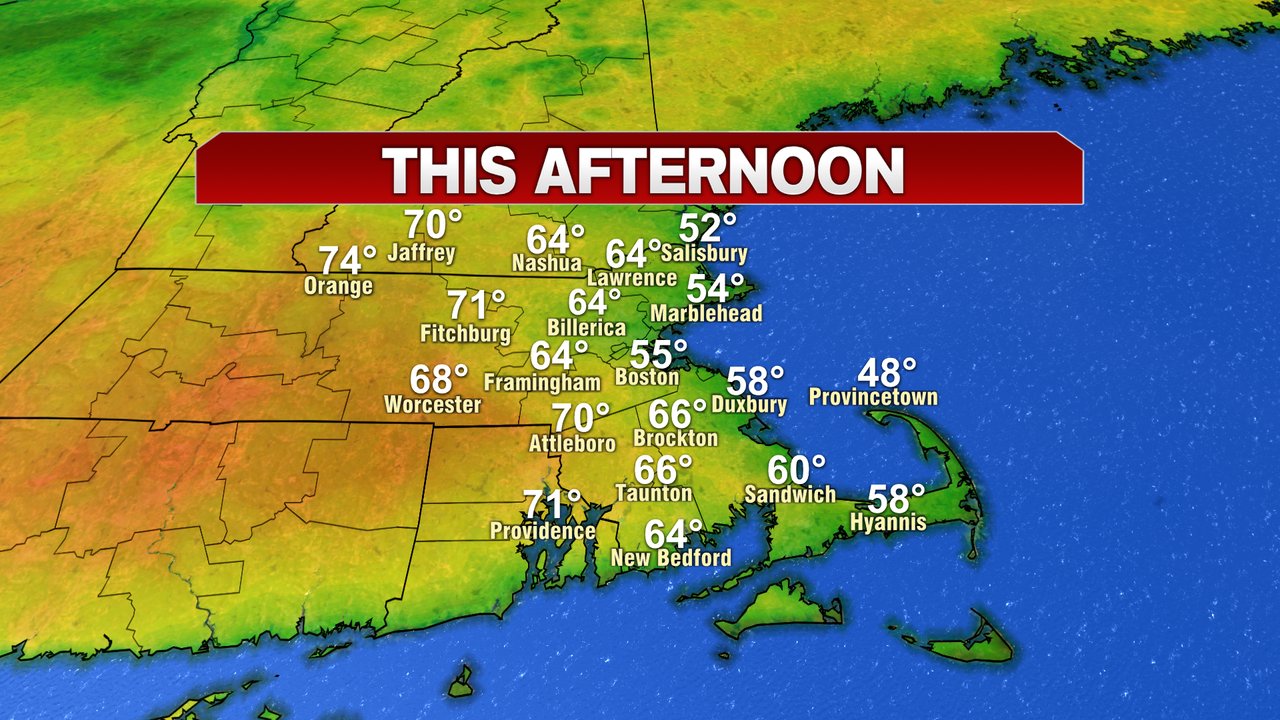 The bigger picture shows even a bigger differences from east to west. While Boston stays in the 50s, NYC will jump into the mid 80s! 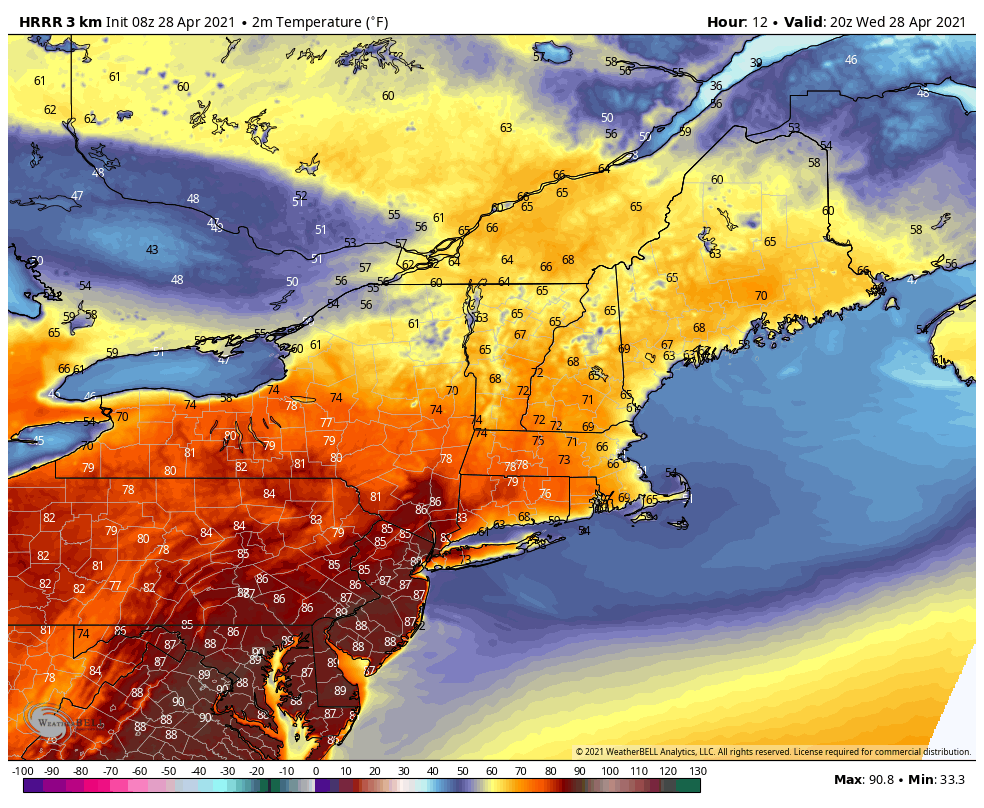 Another round of showers and thunderstorms move in this evening, mainly after 7pm and before midnight. We’ll have a lot of clouds overnight into tomorrow, but other than a spot shower tomorrow morning – midday, we’ll catch quite a few dry hours again. That’ll change again tomorrow late afternoon as a soaking rain moves in and continues at night before tapering off early Friday morning. That round of rain will likely bring another 0.5-1.0″ of water. 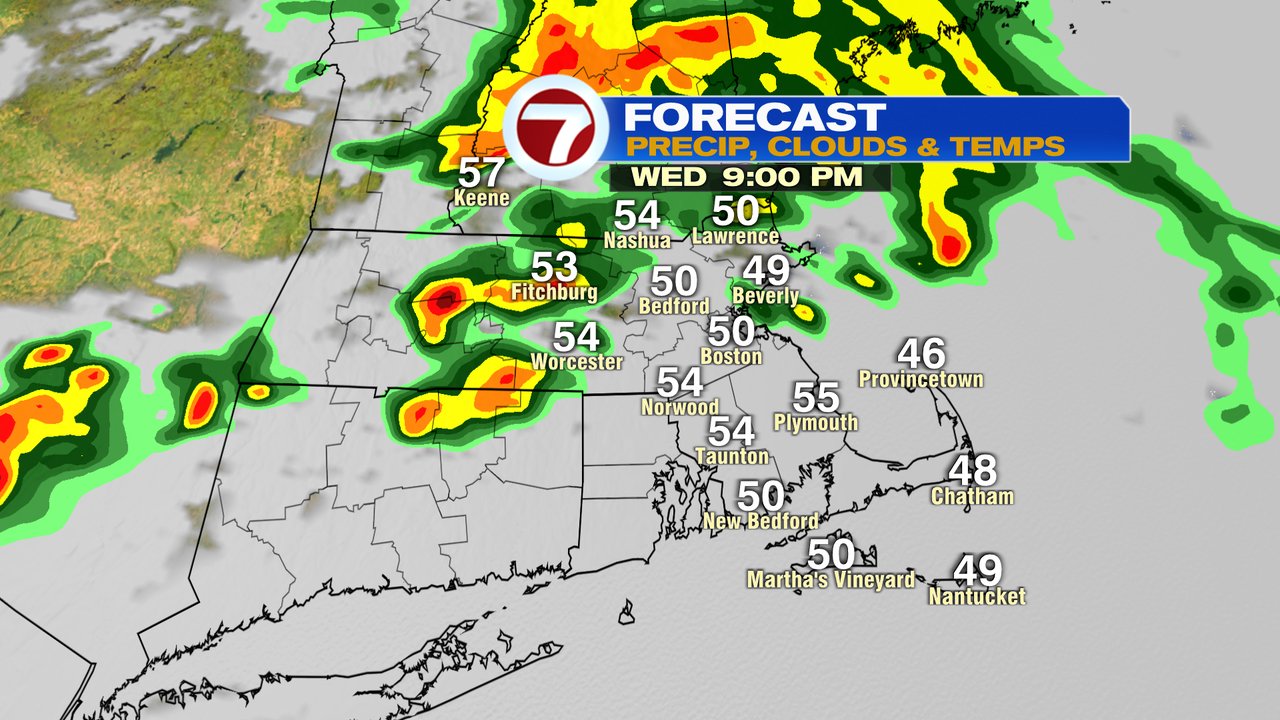 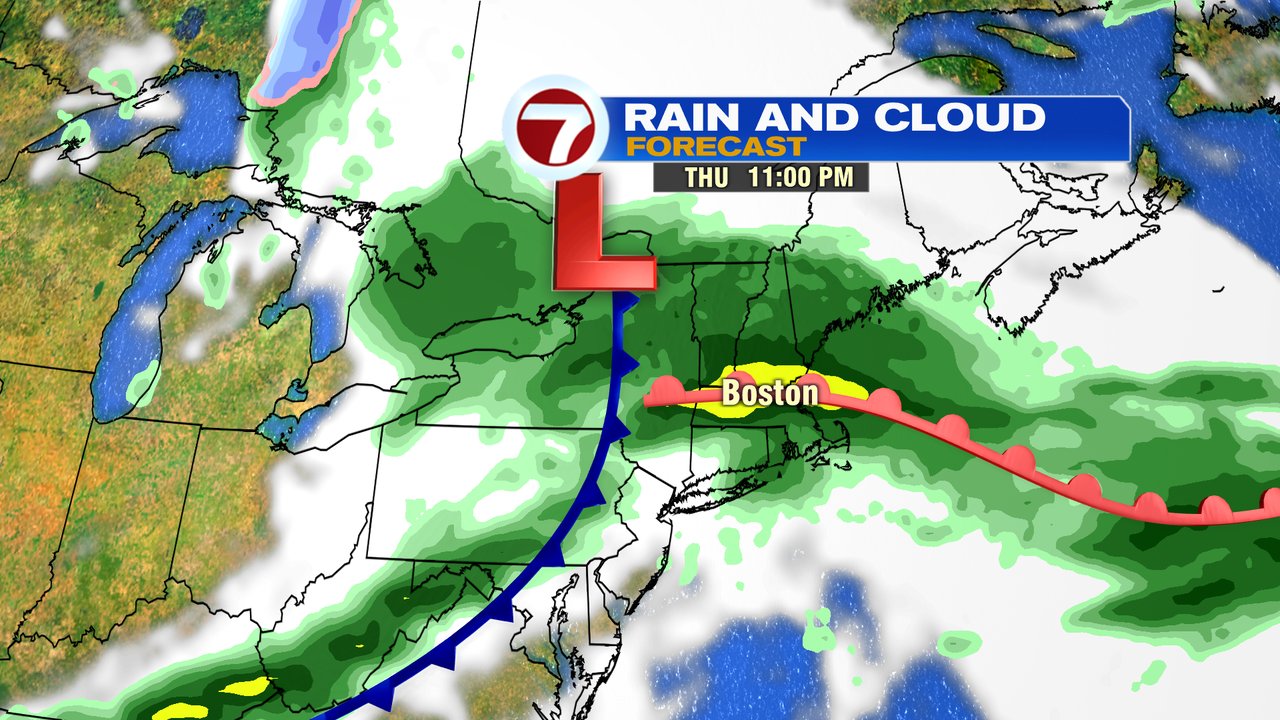 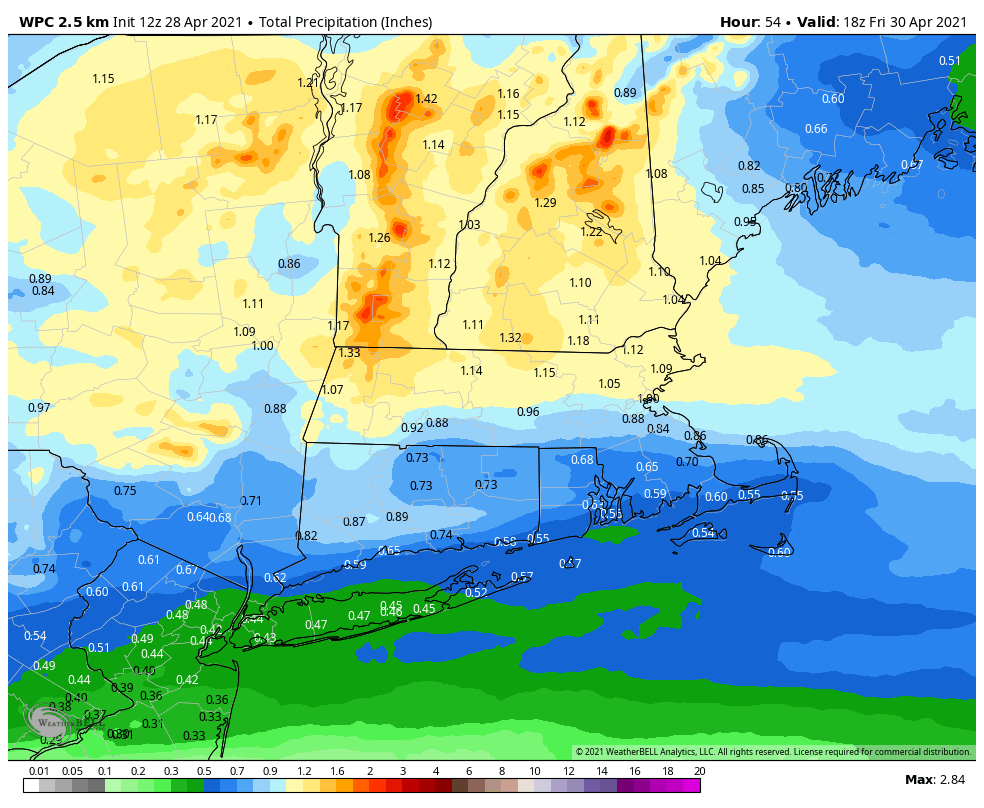