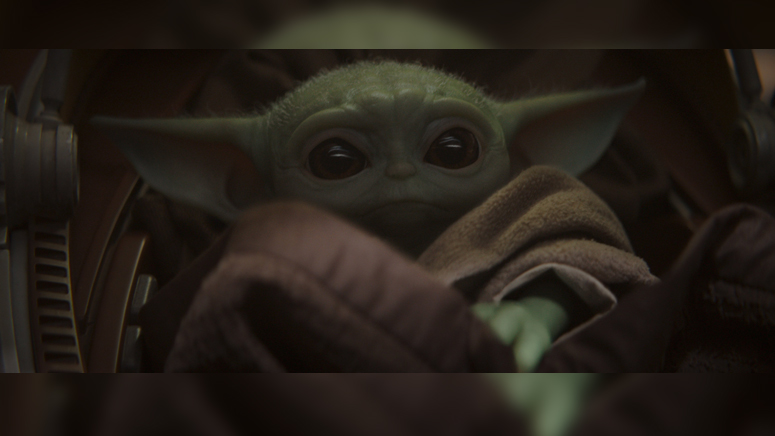 (CNN) — Baby Yoda is back, and so is Disney+’s biggest blockbuster.

Disney gave fans their first look at the second season of its breakout streaming hit, “The Mandalorian” on Tuesday.

The two-minute trailer took viewers to a galaxy far, far away as the bounty hunter known as the Mandalorian and his little green friend nicknamed Baby Yoda, fought their way through the wretched hive of scum and villainy in the Star Wars universe.

“Wherever I go, he goes,” the Mandalorian, who is played by Pedro Pascal, can be heard saying in the trailer.

Disney made sure Tuesday’s trailer showcased everything that fans and Disney+ subscribers loved about the show’s first season. There were blaster gun battles, rusty spaceships, remnants of the evil Empire, and, of course, Baby Yoda being, well, cute.

The series, which launched Disney’s streaming efforts last November, was an instant success. The show was well-reviewed, dominated social chatter online, and even overshadowed the much-maligned “Star Wars” film, “Star Wars: The Rise of Skywalker,” which opened last December.

Not to mention, it caused Baby Yoda merchandise to become a hotter item than the secret plans to the Death Star.

In many ways, “The Mandalorian” helped jump-start Disney+’s quick rise in the streaming world. Disney announced in April that it nabbed more than 50 million paid subscribers globally in just five months. That put it within striking range of its initial subscriber projections.

The highly anticipated second season of the hit series is shaping up to be another big win for Disney in a year where the company will take any win it can get.

The coronavirus pandemic forced the company to shut down its parks and resorts for months, pushed back production on new content like Disney+’s Marvel series, and caused havoc with Disney’s theatrical schedule by delaying blockbusters.

The second season of “The Mandalorian” lands on Disney+ on October 30.