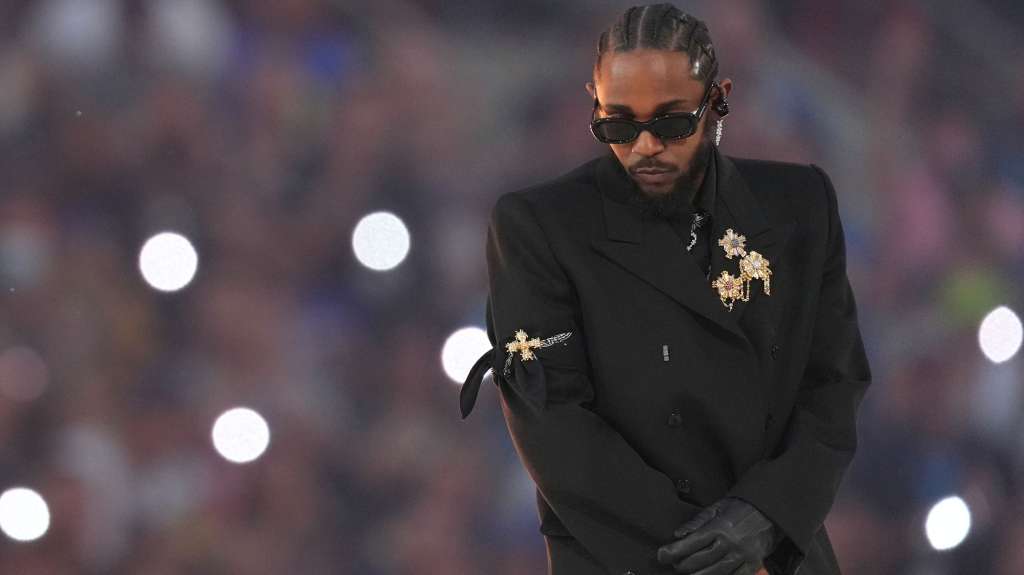 Kendrick Lamar performs during the Pepsi Halftime Show between the Cincinnati Bengals and the Los Angeles Rams during the NFL Super Bowl 56 football game, Sunday, Feb. 13, 2022, in Inglewood, Calif. (Cooper Neill via AP)

Lamar just released a new song, “The Heart Part 5” and a deep-fake video to go along with it, but the track is not on the album.

The full tracklist is below:

8. We Cry Together ft. Taylour Paige