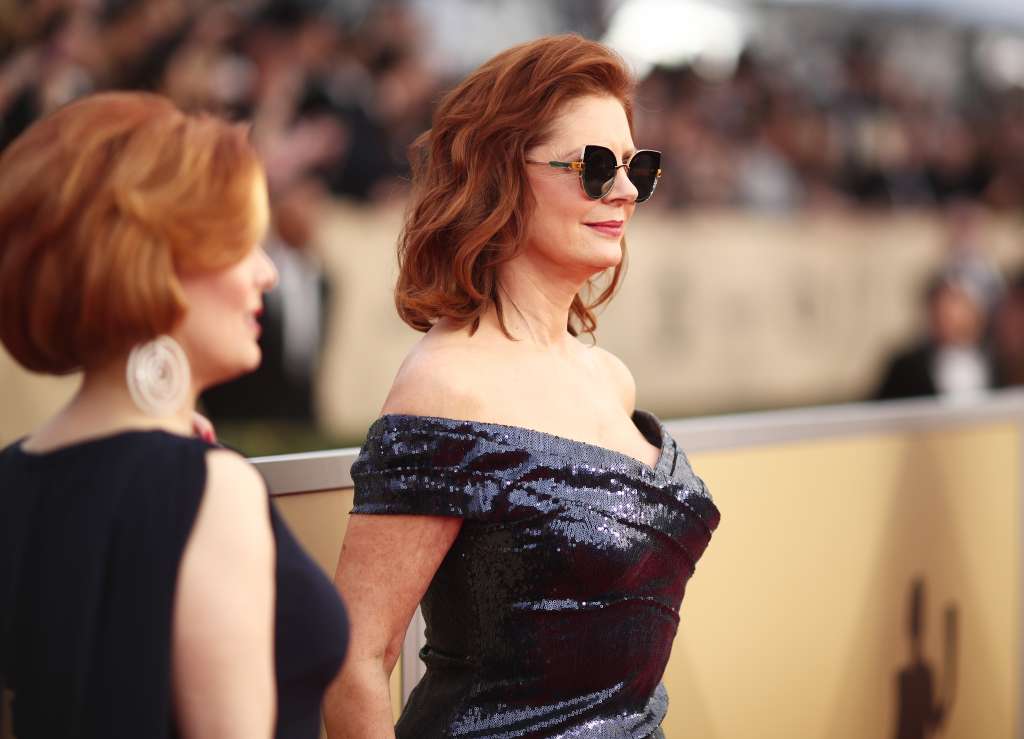 Podcaster Danny Haiphong had originally posted a tweet that showed thousands of NYPD cops lined up on 5th Avenue in Manhattan last week to honor Rivera after he was killed responding to a domestic disturbance call in Harlem. The picture included the phrase, “I’m gonna tell my kids this is what fascism looks like.”

Sarandon then shared the tweet, adding, “So, if all these cops weren’t needed for CRIME that day, doesn’t that mean they aren’t needed ANY day?”

The New York Police Department joined the discussion Thursday, writing on the Police Benevolent Association of the City of New York Twitter account: “This is what privilege looks like: a wealthy actress, safe in her bubble, mocking heroes & making light of the crisis that cops are battling alongside our communities.”

“Of all the days for @SusanSarandon to share her true feelings towards police, she picks the day we bury our fallen brother to make such inflammatory & brainless comments,” the order tweeted. “When you spend more time hating on cops than you do your own career, it’s no wonder why you’re a D-list actor.”

New York Republican gubernatorial candidate Lee Zeldin also joined in, writing, “Congratulations, Susan Sarandon! You’re now the poster child of an angry, woke, liberal, pro-criminal, anti-law and order jerk. There are other more fitting titles, but it only gets more vulgar from here.”