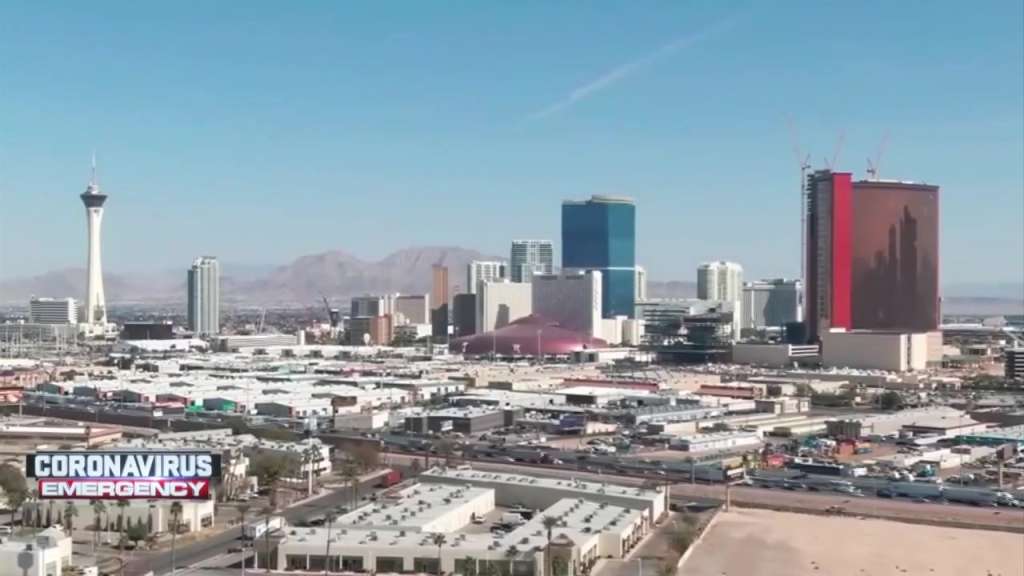 LAS VEGAS (AP) — Las Vegas is bouncing back to pre-coronavirus pandemic levels, with new economic reports showing increases in airport passengers and tourism, and a big jump in a key index showing that casinos statewide took in $1 billion in winnings last month for the first time since February 2020.

“I don’t believe anyone imagined this level of gaming win,” Michael Lawton, senior Nevada Gaming Control Board analyst, said of a Tuesday report showing 452 full-scale casinos in the state reported house winnings at the highest total since February 2013.

“Demand was obviously a driver,” he said, “in addition to capacity being increased to 50% on March 15 and the NCAA basketball tournament being played, after last year’s cancellation.”

The Las Vegas Convention and Visitors Authority, which launched a new advertising campaign on Monday, reported Tuesday that it tallied more than 2.2 million visitors in March.

The tourism figure was down 40% compared with the same month two years ago, but up from the 1.5 million tourists the authority tallied in the first half of March 2020, before casinos and other businesses were closed to prevent people from gathering and spreading COVID-19.

In March 2019, by comparison, the airport counted 4.4 million passengers on the way to a record-setting 51.5 million travelers in 2019.

Nevada Gov. Steve Sisolak, a Democrat, loosened occupancy limits statewide from 35% to 50% on March 15, and plans to leave coronavirus mitigation measures to local jurisdictions on May 1.

Sisolak has set a June 1 target for lifting all statewide restrictions except face coverings, which will still be mandated.

Many rural counties plan to lift all restrictions except mask rules May 1. In Las Vegas, occupancy limits will be relaxed but not lifted completely this weekend at businesses including stores, spas, saunas and strip clubs.

The Gaming Control Board said Friday that casinos in Clark County can go to 80% occupancy starting May 1.

Lawton, the board analyst, said spending on gambling is believed to have gotten a boost after direct payments of up to $1,400 went to most Americans under the $1.9 trillion federal coronavirus relief measure.

House winnings reported by Las Vegas Strip properties topped $501 million in March, up almost 44% from about $348 million in February.