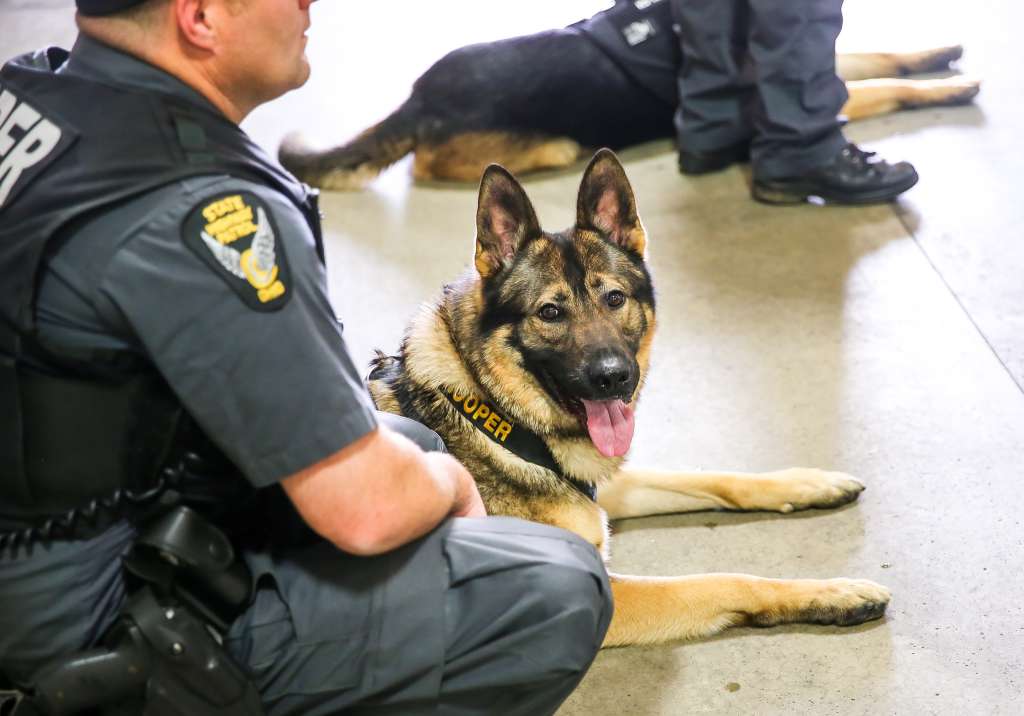 (CNN) — When 10-year-old Brady Snakovsky found out police dogs don’t automatically get issued bullet proof vests, he knew he had to do something about it.

He had been watching a show with his family almost two years ago when he noticed the K-9 wasn’t as protected as his handler.

“We were watching the show together and I didn’t even notice that the dog wasn’t wearing a vest,” Leah Tornabene, Brady’s mom, told CNN.

“I was quite surprised that a child at age eight could recognize that there was an issue there, and that he could find a solution to fix that problem. It made me very proud to see him doing this.”

The observation sparked the start of Brady’s K9 Fund, a non-profit that raises money to supply bullet proof vets to police and military dogs. He created a GoFundMe page, which allowed him to buy the first four vests.

Tornabene said that most people don’t realize that the police forces that have K9 units have to rely on the help of donations, so every dollar matters. The handlers reach out to Brady by word of mouth or via his website.

Several dogs have stood out to the 10-year-old, but one remains his favorite.

“K-9 Benny (is my favorite) because his handler was so thankful he started crying,” Brady said, adding that he’s become good friends with Benny’s handler.

Recently, Brady also ventured into a new local project. He created a dog park in Brunswick, Ohio, near his hometown, that is closed one day a week to allow police dogs a space to train with their handlers.

Brady has found out that police dogs are often in need of a place to practice, and do their required monthly training so he decided to provide one.

With the help of members of his community, they restored a park that was in need of some love and added dog agility equipment for training purposes.

Brady said he hopes to help as many police dogs as he can through the park and his non-profit.

“I like seeing the smile on the handler’s face,” he said.