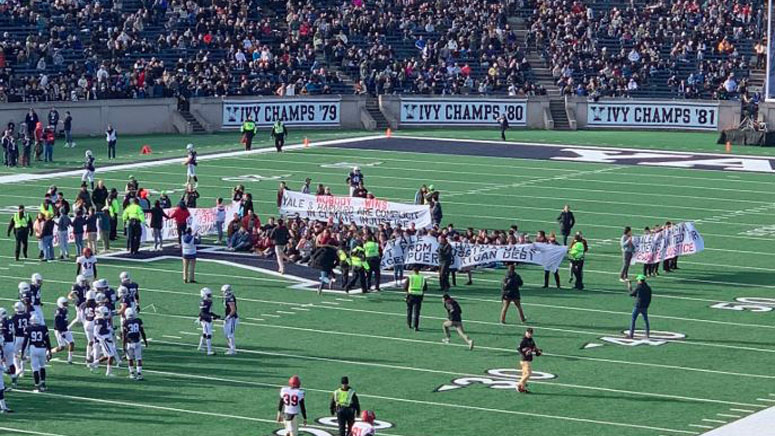 NEW HAVEN, Conn. (AP) — Officials say 42 people have been charged with disorderly conduct after a protest interrupted a football game between archrivals Harvard and Yale.

Students from both schools occupied the midfield of the Yale Bowl during Saturday’s halftime protest. Some held banners urging their colleges to act on climate change. Other signs referred to Puerto Rican debt relief and China’s treatment of Uighurs.

Most protesters walked off after about an hour; those who remained were charged with misdemeanor disorderly conduct. They were issued a court summons and released.

Organizers had initially estimated that 20 to 30 protesters were arrested.

After the game resumed, Yale went on to beat Harvard 50-43, clinching the Ivy League championship.

Saturday’s matchup was the 136th edition of the football rivalry between the two schools.