BOSTON (WHDH) - Issues of race have exploded onto the streets of America like never before, including right here in Boston.

In our exclusive 7NEWS Emerson College poll, we asked people if Boston has a serious problem of systemic racism?

64 percent said it is a very serious or somewhat serious issue in the city.

33 percent said it wasn’t that serious of a problem – or not a problem at all. 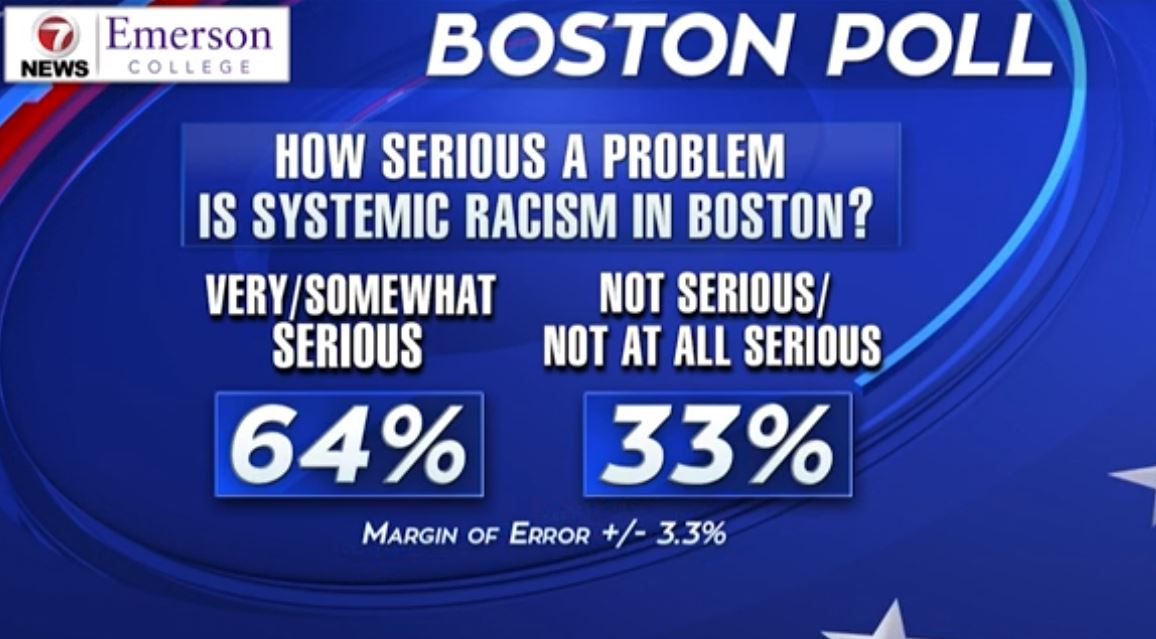 “I think that the past year of the country, in general, has been ushered into this racial awakening where individuals recognize what systemic racism is, and how it manifests itself,” said Dr. Deion Hawkins, an expert on Critical Race Theory at Emerson College.

Breaking it down by race 62% of whites we polled called systemic racism a serious problem in Boston.

64 percent of Hispanics and 65percent of Blacks felt the same way.

A much higher number of Asians –77 percent– said systemic racism is a serious issue in the city. 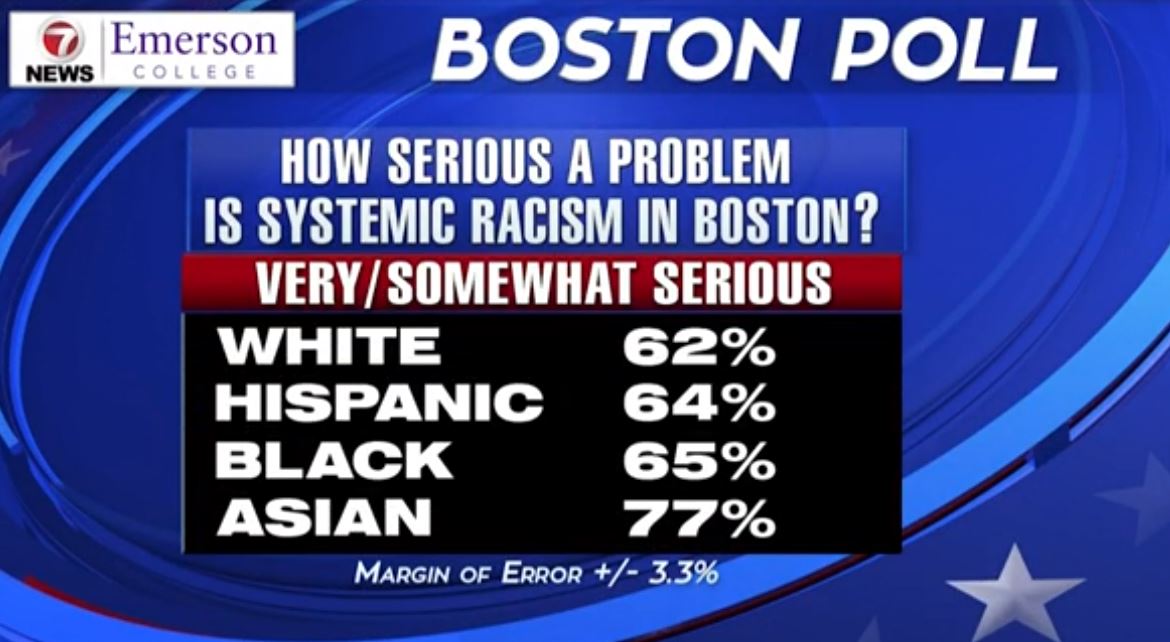 “When you’re not even considered as people of color or not even asked about issues of racism and discrimination that in itself sends signals to our community that you don’t have value as part of society. And of course, that creates negative feelings,” said State Rep. Tackey Chan, an Asian community advocate.

How do Bostonians view the “Black Lives Matter” movement?

We found people in the city tend to have very strong feelings about those three words. 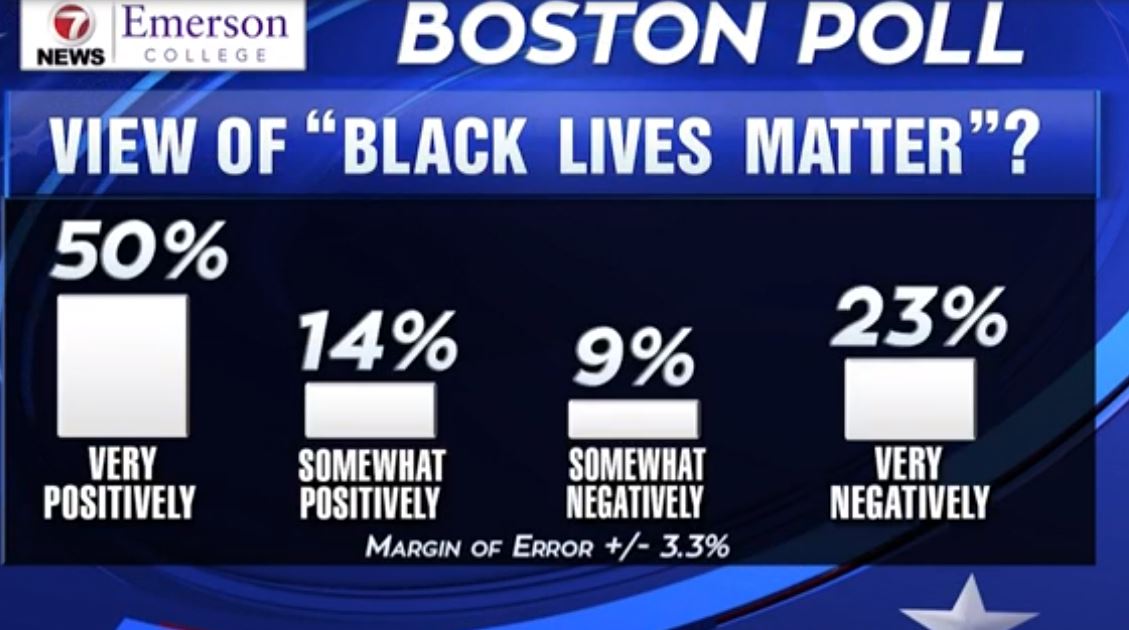 “Obviously when you use the phrase Black Lives Matter it’s going to invoke a lot more passion and feelings from people than when we talk about systemic racism and we see that in those numbers,” said Spencer Kimball, director of Emerson College Polling.

Across the country concerns about racism often translate to distrust of the police.

But, our poll found most Bostonians seem to support their police.

When we asked people if they view the Boston Police Department positively or negatively 65 percent said positively. That’s compared to just 29 percent who said they view Boston police negatively.

And we’ve heard the chants to defund the police.

Our pollster found your view of Boston may have something to do with how diverse your group of friends is. He found the more diverse the group of people you surround yourself with the more likely you are to be happy and optimistic about your future in Boston.