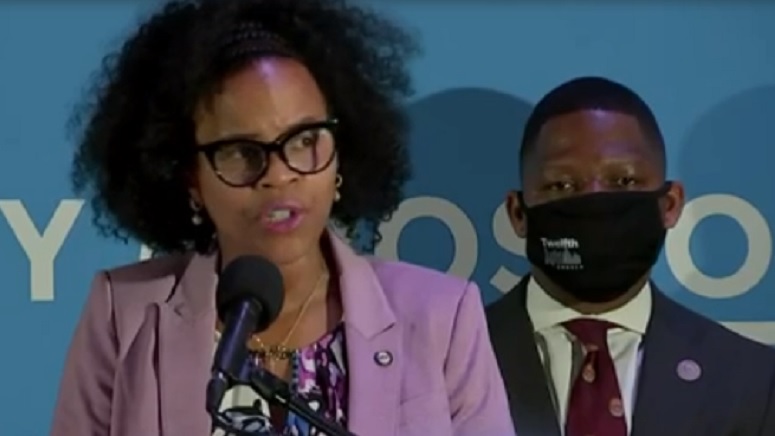 The measure, approved by the Boston City Council last month on a 7-5 vote, restricts the use of chemical crowd control agents and kinetic impact projectiles by law enforcement agents operating in Boston.

Under the ordinance, a police supervisor must approve their use and give warnings in advance. The new rules apply to individuals engaging in protests, demonstration, or gathering with more than 10 people.

A similar initiative was approved by the council last year by a 8-5 vote, but was rejected by former Mayor Marty Walsh.

Under the ordinance, an on-scene police supervisor of the rank of deputy superintendent or higher must personally witness ongoing violence or property destruction and determine there are no reasonable methods of de-escalation that could succeed.

The same supervisor must give two separate warnings at least two minutes apart announcing the group must disperse, saying which weapon will be used and ensuring the group has a way to exit.

The ordinance also requires the Boston Police Department to preserve body camera footage when the measures are used.