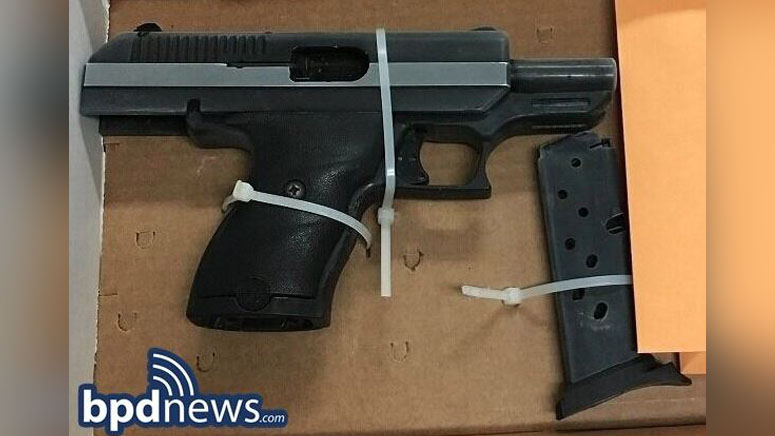 BOSTON (WHDH) - A Boston man is facing gun and assault charges after officers found a loaded handgun on him after a fight Friday, police said.

Officers patrolling Boylston Street at 7:45 p.m. saw a man displaying clear indications he had a firearm, police said. The man and officers fought when officers tried to frisk him, police said, and officers eventually found a loaded .380 Hi-Point handgun that fell to the ground during the fight.