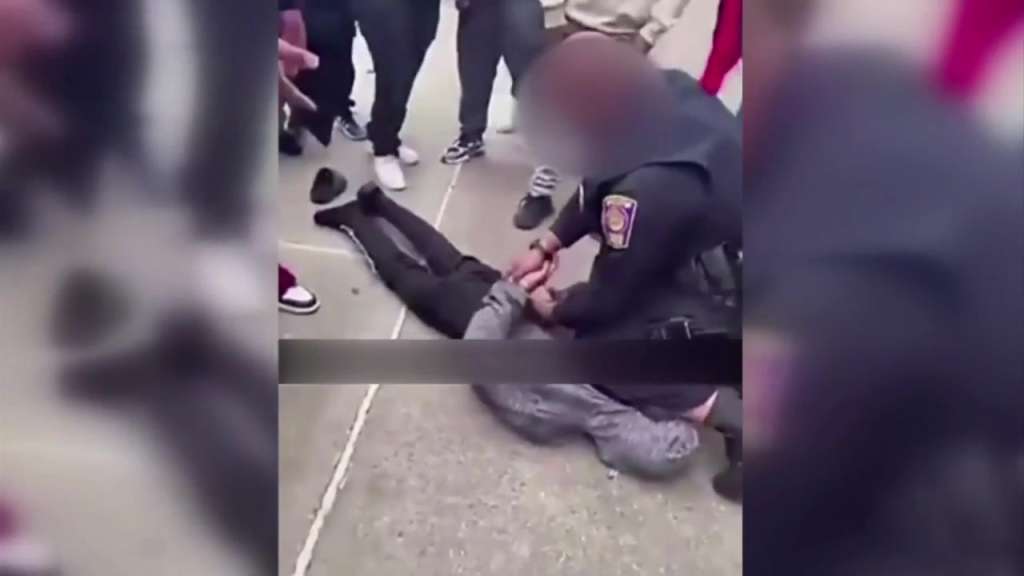 BROCKTON, MASS. (WHDH) - A Brockton police officer who was caught on video kneeling on a student during an arrest that took place outside Brockton High School last month did not violate any rules, an internal investigation determined.

The student who was arrested had been sitting on a bike while talking to another student when he got off the bike and hit the other student in the face on Nov. 17, according to Brockton police.

The officer broke up the fight and the student allegedly resisted arrest. Police say the officer had his knee on the 16-year-old student for a few seconds while placing him into handcuffs.

The officer was placed on administrative leave following the incident.

The terms of the officer’s return to duty are still being determined, according to Thomas.