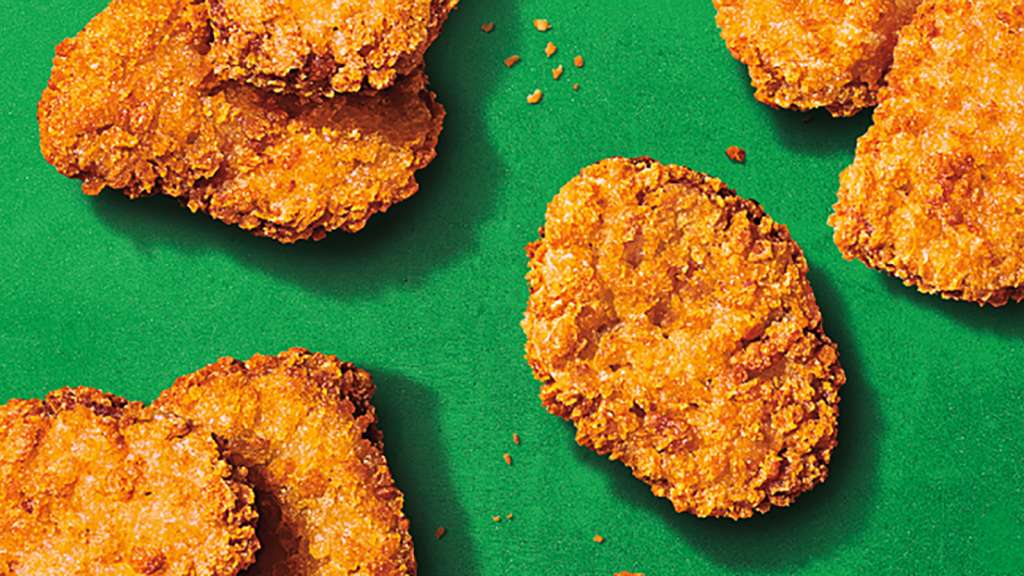 Starting on October 11, Burger King restaurants in Des Moines, Iowa, Boston, Massachusetts and Miami, Florida will serve eight-piece plant-based nuggets made by Impossible Foods for a limited time. While Burger King is following other fast-food companies in testing out a plant-based chicken option, the test runs makes Burger King the first major fast food chain restaurant to do so using Impossible’s product. Impossible launched its nuggets in grocery stores, smaller chains and independent restaurants this summer.

The product will be prepared in oil used for meat and cheese products, Burger King noted, so they may not be suitable for strict vegans.

Earlier this year, Panda Express started testing out a meatless orange chicken dish made with Beyond Meat’s plant-based chicken. KFC also tested out a plant-based chicken option with Beyond last summer, and has done smaller tests in the past. Kevin Hochman, US president of KFC, told Bloomberg in a September interview that “our plan is to try to replicate that Kentucky Fried Chicken as close as we can, obviously without using the animal,” without sharing details of when or where that might happen.

Plant-based burgers and sausage hit big fast food restaurants with the launch of Burger King’s Impossible Whopper and the Beyond breakfast sandwich at Dunkin’ in 2019. Since then, other chains have experimented with plant-based options. And notably, McDonald’s has announced the launch of a McPlant line of plant-based items, including a McPlant burger. With plant-based options, food sellers have been appealing to flexitarian eaters looking to reduce their meat intake for health or environmental reasons.

But new menu additions haven’t been limited to meatless options. Chains have also been leaning into their real chicken offerings.

On the heels of the wildly successful launch of Popeyes spicy chicken sandwich in 2019, the chain’s rivals have been launching new versions of their own products. Earlier this year, KFC, McDonald’s and Burger King, which shares a parent company with Popeyes, introduced new chicken sandwiches or made improvements to existing ones. Popeyes also launched chicken nugget versions of its sandwich.