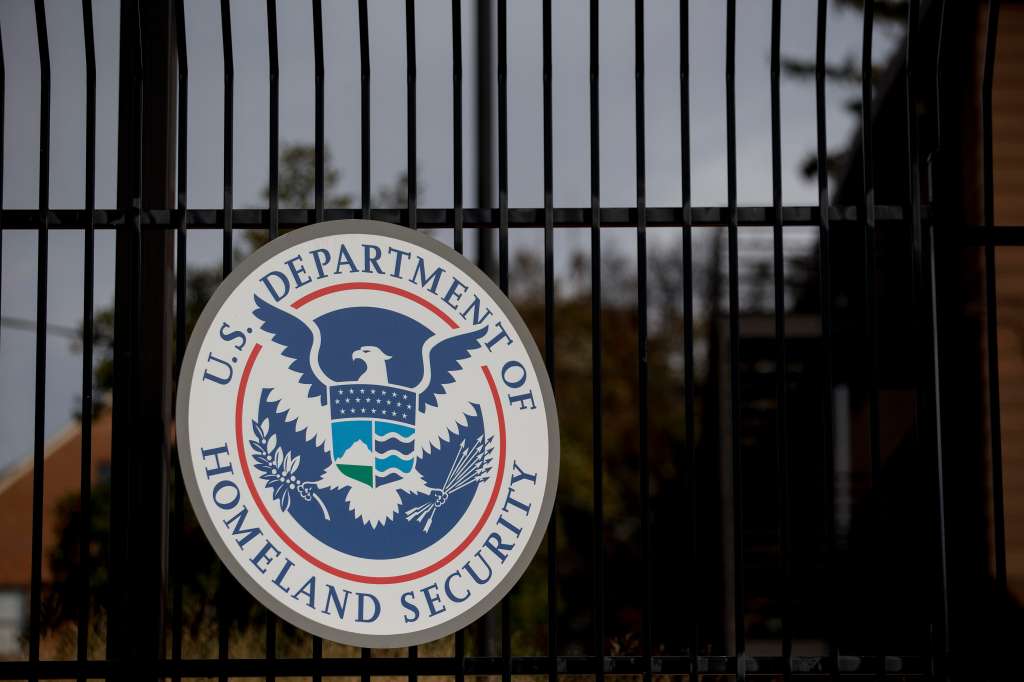 The U.S. Department of Homeland Security (DHS) seal hangs on a fence at the agency's headquarters in Washington, D.C., U.S., on Thursday, Dec. 11, 2014. The U.S. House is set to pass a $1.1 trillion spending bill that includes a banking provision opposed by many Democrats as a giveaway to large institutions. Current funding for the government ends today, and the measure would finance most of the government through September 2015. The DHS, responsible for immigration policy, would be financed only through Feb. 27. Photographer: Andrew Harrer/Bloomberg via Getty Images

(CNN) — Karen Olick, the chief of staff to Homeland Security Secretary Alejandro Mayorkas, announced Monday that she’s resigning to move on to another undisclosed opportunity, a DHS official confirmed to CNN.

The post will be temporarily filled by Jennifer Higgins, who serves as associate director of refugee, asylum and international operations at US Citizenship and Immigration Services, until someone is appointed, the official said.

In a message to staff, Mayorkas said, “We are grateful to Karen for her service during the critical first nine months of the new Administration.”

“Her work was instrumental in achieving a successful transition. I personally am indebted to Karen for her wise counsel, support, and friendship since the first day I returned to the Department in early February. We wish Karen all the very best,” he added.

The shake-up, first reported by Politico, comes as DHS faces a range of challenges, from grappling with high numbers of migrant apprehensions at the US-Mexico border to most recently, serving as the lead coordinating agency in Afghan resettlement efforts.

By the end of September, the administration is anticipating the arrival of 65,000 Afghan refugees to the United States. Another 30,000 are expected in the next 12 months. It is an extraordinary number of arrivals, compared to the last four years when admissions hovered around 2,000 a month, a steep decline from previous administrations.

Officials have stood up an operation at the DHS headquarters with multiple federal agencies, including US Customs and Border Protection, the FBI, the Centers for Disease Control and Prevention and the State Department, among others. The goal is to design and manage the operation, to troubleshoot issues that might arise and coordinate logistics.

This story has been updated with additional developments.