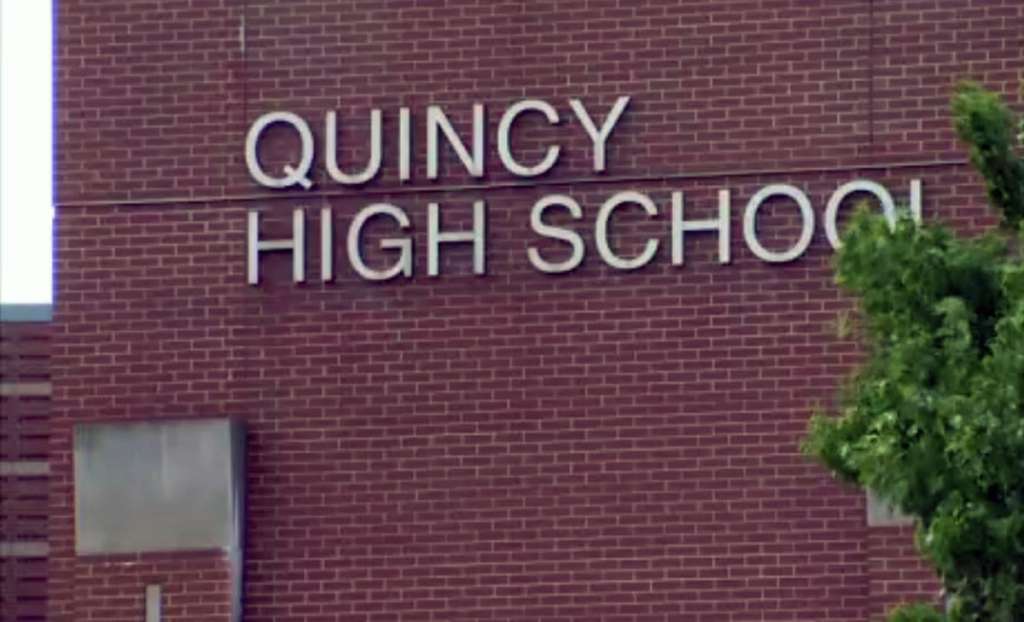 “The video was created outside of school over a year ago but recently shared between students on social media,” Superintendent of Schools Kevin W. Mulvey said in a letter to the school community.

After the video surfaced, a fight broke out between two freshmen – one Black, one white– on the third floor of the school. School officials say the Black student confronted the white student about a video he had made when he was in middle school.

“Today’s altercation is the result of students’ ability to communicate impulsively and without the maturity to understand the consequences of their actions,” Mulvey added. The altercation was witnessed by many students and staff and is extremely disturbing to the entire school community.”

One of the boys required medical treatment and both may be disciplined at a later date.

The superintendent said the incident was deeply hurtful because the fight erupted in a crowded hallway between classes, and many kids texted each other videos of the hate speech.

Mulvey noted that Quincy Public Schools engaged Walker Therapeutic to meet with high school students on Wednesday to discuss the impacts that racism and hate speech have on culture and climate.

There will be a virtual opportunity for all parents and guardians to participate in a community forum in collaboration with Walker Therapeutic on Friday at 3:00 p.m. An in-person forum will be held at the school on Monday at 5 p.m.

“We are trying to take a proactive approach to this,” Mulvey said.