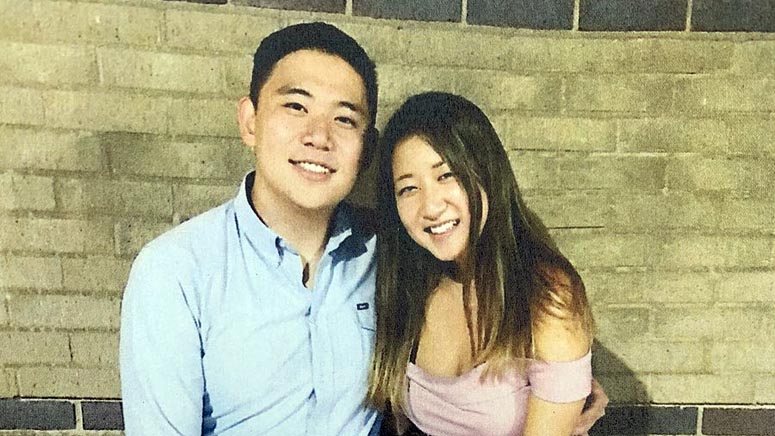 BOSTON (WHDH) - A former Boston College student who for months allegedly “physically, verbally and psychologically” abused her boyfriend before he jumped to his death in May — just hours before he was slated to receive his diploma — appeared before a judge on Friday.

During the arraignment of 21-year-old Inyoung You, who returned from South Korea for her appearance in Suffolk Superior Court, the prosecution laid out what they say was a campaign of abuse that led to the suicide death of her 22-year-old boyfriend, Alexander Urtula, a biology major from Cedar Grove, New Jersey.

In the two months prior to his death, the couple exchanged more than 75,000 texts, of which You sent more than 47,000. The prosecutor said Urtula “felt trapped” in the relationship because You frequently threatened to harm herself if he didn’t do what she wanted him to do.

At her arraignment, the prosecutor said the thousands of text messages “demonstrate the power dynamic of the relationship, how she owned him and that he was her slave. At one point he messaged her, ‘you own me.'”

She then went on to read some of the texts recovered from Urtula’s phone.

Before graduation, prosecutors say You was concerned Urtula would see the friends she demanded he block and stay away from, including his ex-girlfriend, writing:

In a text sent four days before his graduation, prosecutors say You said:

“All it’s going to take at graduation is for someone to come up to you and pull you aside and come running to you and hugging you and you’ll just (expletive) do everything again and disrespect me and break your promise. (expletive) you. Go (expletive) kill yourself and everyone in that toxic group. They all deserve to (expletive) die.”

She also allegedly used threats of self-harm if he didn’t respond quickly enough to her messages or wanted to go to sleep, prosecutors allege. Two days before his suicide, she allegedly texted him:

Prosecutors also said the texts showed You was aware that what she was doing was criminal and threatened to kill herself and leave a suicide note so that her family would sue him.

In a journal entry he wrote, “She attacks my self-worth. Whenever we argue it always reverts back to the past and how I lied and hurt her before and how she doesn’t believe that it won’t happen again. Then when I agree to end it because she says she’s done with me because I’m a horrible (expletive) (expletive) burden on everyone’s life she, in turn, threatens to kill herself because of me.”

On one occasion, when he asked her to stop victimizing him, she allegedly wrote:

Even when he asked her to stop and that the abuse was causing panic attacks, she allegedly continued.

The prosecutor read a text he allegedly sent while suffering one of the attacks.

“I’ve asked you stop so many times you don’t even know what’s going on in my head right now. I really can’t talk to you. I’m breaking down and I’m scared. But if you want to keep (expletive) on me you have every right to. I’m having the worst anxiety attack of my life, I’m shaking on the couch, huddled up in a ball, biting a pillow so Brian and the kids don’t wake up from my sobs. All the voices are so (expletive) loud and they all have your (expletive) voice. The person I love most in the world, they’re all telling me to die. And so did you. I want you and the voices to stop. Stop telling me how worthless and pathetic I am and how much I deserve to die,” it allegedly read.

You was released on $5,000 cash bail on the condition that she remain in Massachusetts, surrender her passport, and check in with probation every two weeks.