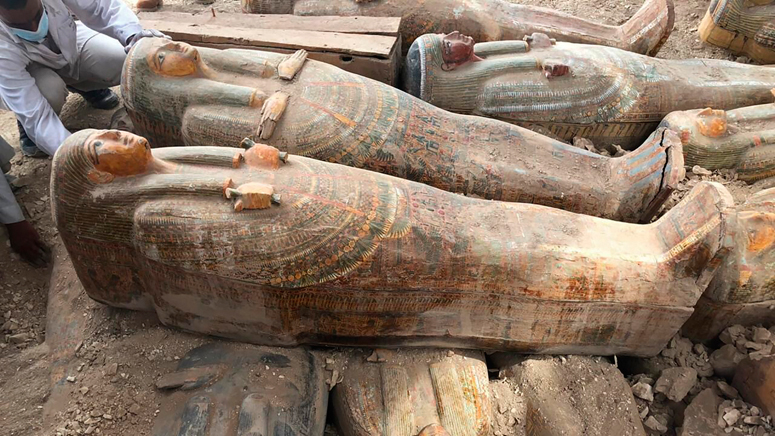 This photo provided by the Egyptian Ministry of Antiquities shows recently discovered ancient colored coffins with inscriptions and paintings, in the southern city of Luxor, Egypt, Tuesday, Oct. 15, 2019. The ministry said archeologists found at least 20 wooden coffins in the Asasif Necropolis, describing it as one of the “biggest and most important” discoveries in recent years. (Egyptian Ministry of Antiquities via AP)
Associated Press

A brief statement from the ministry says Tuesday says archeologists found the coffins in the Asasif Necropolis.

The necropolis, located in the ancient town of West Thebes, includes tombs dating back to the Middle, New Kingdom and the Late Periods (1994 B.C. to 332 B.C.).

Photos from the ministry show colored coffins with inscriptions and paintings. The ministry described it as one of the “biggest and most important” discoveries in recent years.

The ministry says it will release further details at a news conference on Saturday.

Egypt has sought publicity for its archaeological discoveries in the hopes of reviving its tourism sector, which was badly hit by the turmoil following the 2011 uprising.