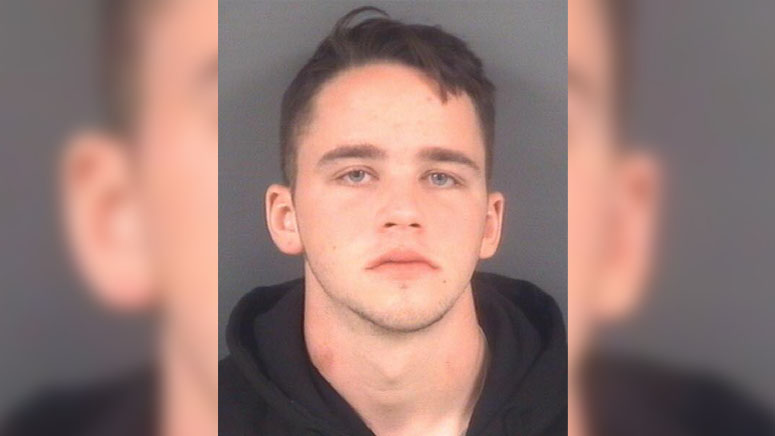 NEW BERN, N.C. (WHDH) — A former solider was sentenced Tuesday to more than 12 years in prison after authorities say he took his 12-year-old “girlfriend” across state lines in a fake kidnapping.

On the morning of Oct. 21, 2018, a woman in New Bern, North Carolina discovered that her granddaughter was missing from her bedroom and that there was a handwritten ransom note demanding $20,000 for her return, according to the United States Attorney’s Office for the Eastern District of North Carolina.

Investigators reportedly found mulch from a flower bed on the girl’s bed and smudges on the opened window but no sign of forced entry.

A review of the girl’s Facebook account identified James Murdoch Peele as a boyfriend, according to authorities.

The Federal Bureau of Investigation determined that Peele was enlisted in the United States Army and stationed at Fort Bragg.

They traced him to a barracks room, where they allegedly found Peele together with the girl.

A forensic examination reportedly showed that Peele had recently had sexual intercourse with the girl.

Investigators determined that that morning Peele drove the girl to his parents’ home in South Carolina where he introduced her to them as his girlfriend and claimed that she worked in a sewing shop, authorities said.

They allegedly stayed for less than a half-hour before Peele’s sergeant called and he had to return to base.

He left the girl in the barracks with his roommate so he could meet with his sergeant, according to authorities.

Peele returned and allegedly asked his roommate to turn up his music, which the roommate understood to mean that Peele planned to have sex with the girl behind a sheet that had been hung across the room for privacy.

The roommate left and the FBI arrived soon after.

The girl allegedly said that she and Peele had been involved in a sexual relationship and that she told Peele her true age and he responded that age is just a number.

She also allegedly admitted that she had not been kidnapped and denied coming up with the idea to stage a kidnapping.

After Peele’s arrest, he admitted in a videotaped confession to having sexual intercourse with the girl; however, he claimed he believed she was 18 years old but that he did see her at a sleepover with friends who looked very young, including one girl whose age he had seen to be 12 years old, authorities said.

He also allegedly admitted to writing the ransom note but stated that the girl had asked to leave with him and had come up with the idea of staging a kidnapping.