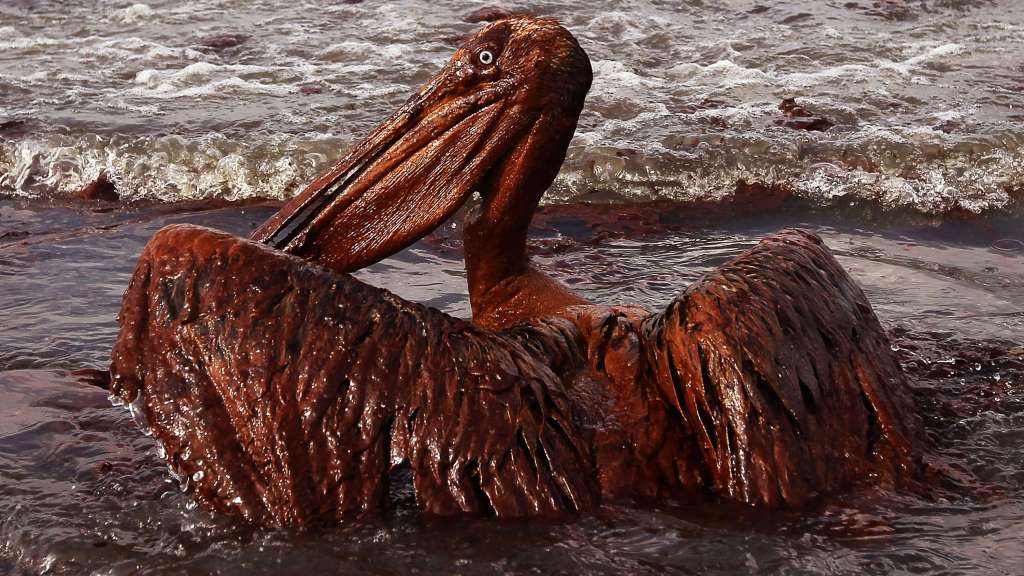 (CNN) — An oil spill like the one off the coast of Southern California is a disaster on many levels — maybe none more tragic than the deadly effects of petroleum on wildlife.

Ocean creatures that swim in deep waters are less affected by spills. But oil disasters near coastlines often do the most harm to shorebirds and marine mammals who live at the ocean’s edge and on its surface.

“These critters are living right where the floating oil accumulates,” says ecologist Sean Anderson, a professor of environmental science at California State University Channel Islands, adding, “This oil is toxic to everything.”

Here’s a closer look at how some species of marine life are affected by oil spills.

And if you want to help wildlife rescue efforts in the wake of the spill, you can donate here.

Coastal birds can be especially vulnerable because the oil covers the surface of the ocean, where they feed, and washes onto beaches, fouling their nesting areas.

In California this most often affects brown pelicans, grebes, gulls, cormorants, plovers and other birds.

When birds become covered in oil, it renders their feathers useless for keeping them insulated and warm. Birds also instinctually preen themselves to remove anything on their feathers, which exposes them to ingesting toxic amounts of oil, Anderson says.

“The visuals are heartbreaking,” says Anderson. “Even a person who knows nothing about biology can see how birds are affected.”

Oiled birds returning to their nests also can contaminate their eggs and chicks with oil.

Dolphins are migratory and will often swim to safer waters if they smell or taste oil, Anderson says.

But the playful mammals have been sickened and killed by spills, which can spew toxic fumes from the petroleum chemicals floating on the ocean’s surface. Two dolphins were found dead after a May 2015 oil spill near Santa Barbara, California, according to the Center for Biological Diversity.

Oil spills also can be deadly for blue whales, gray whales, humpbacks and other species. Exposure to toxic oil fumes has been recognized to kill whales and dolphins even years later, according to the Center for Biological Diversity.

Unlike dolphins, sea lions are territorial and less likely to flee their coastal region, even if it gets fouled with oil, Anderson says.

This makes them more vulnerable to being poisoned by oil, which can seep into their mouths when they break the surface of the water to breathe.

The sea otter remains endangered after being targeted by hunters in the 1800s and early 1900s for its fur. The aquarium crowd-pleaser can be found in coastal waters of the Pacific, from Alaska to central California.

Oil can slicken otters’ fur, causing them to lose their insulation and die from hypothermia — much in the same way that oil harms birds.

These thumb-sized critters burrow in the sand where surf breaks on beaches, making them vulnerable when oil washes ashore.

High concentrations of oil kill the adult crabs, while lower amounts can harm their babies and eggs. These invertebrates are a key element of our beach ecosystem because “everybody eats them,” Anderson says. “They are incredibly important to a range of species.”

Trace amounts of oil in seawater can kill larval lobsters while they are still plankton floating in the water, according to the Gulf of Maine Research Institute.

As a result, an oil spill could potentially devastate a region’s lobsters — and its lobster fishing industry — five to seven years later, when those larval lobsters would have reached market size, the institute says.

Some thicker oils sink to the bottom of the ocean, where they are ingested by rockfish, white croakers and other species that feed in the ocean’s depths.

The oil won’t necessarily kill them, Anderson says, but the toxins accumulate in their livers and other organs, making them unhealthy for humans to eat.