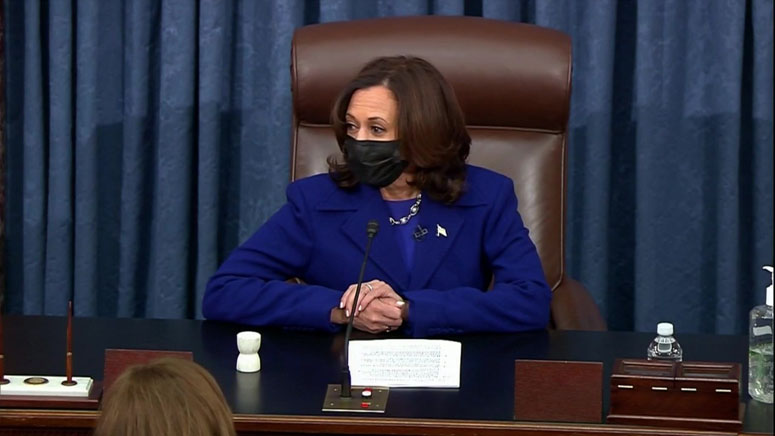 (CNN) — Vice President Kamala Harris will sit down with CNN’s Dana Bash on Monday for her first interview since last week’s US Supreme Court ruling that overturned Roe v. Wade, the network announced.

The wide-ranging interview with Harris — the nation’s first female vice president — will focus heavily on the high court’s ruling on Friday, in which five conservative justices held that there is no longer a federal constitutional right to an abortion after nearly 50 years of precedent.

Standing as one of the court’s most consequential decisions in decades, it sent shock waves through the nation, drawing high praise from conservatives and fierce condemnation from Democrats, who vowed revenge at the ballot box this November.

Harris slammed the ruling last week, saying it presented “a health care crisis,” and joined Democrats in calling for action at the polls.

“You have the power to elect leaders who will defend and protect your rights. And as the president said earlier today, with your vote, you can act, and you have the final word. So this is not over,” she said.

The interview also comes as the Biden administration juggles a host of other pressing issues both at home and abroad. President Joe Biden is in Europe for the G7 summit, where leaders are discussing, among other things, rising costs that are driven in part by the Russian invasion of Ukraine earlier this year.

The administration has also been confronting the invasion in various ways in recent days, with several announcements of additional US security aid to Ukraine underscoring Biden’s commitment to supporting the country as Russia makes some key advances there.

At home, both Harris and Biden have been overseeing a nation reeling from a spate of mass shootings in recent months while also working to tighten gun safety laws. Last week, the President signed into law the first major federal gun safety legislation passed in decades, marking a significant bipartisan breakthrough on one of the most contentious policy issues in Washington.

The administration has also been contending with growing warning signs of a recession.