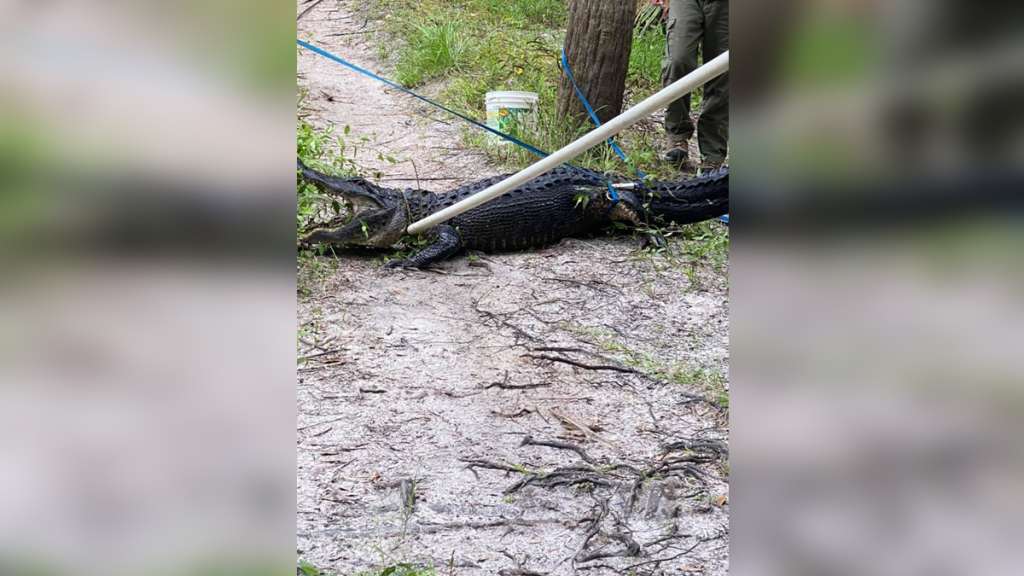 The attack occurred shortly before noon at Halpatiokee Regional Park in Stuart, according to a Martin County Sheriff’s Office Facebook post.

The man was riding a bike when he lost control and fell down an embankment toward a body of water, officials said. The 9-foot (3-meter) alligator grabbed the man, but he was eventually able to break free. Officials said the man crawled away and was assisted by a bystander.

Rescue workers secured the area and drove the man more than a mile (1.6 kilometers) to meet a medical helicopter, officials said. A professional trapper was called to capture the alligator.