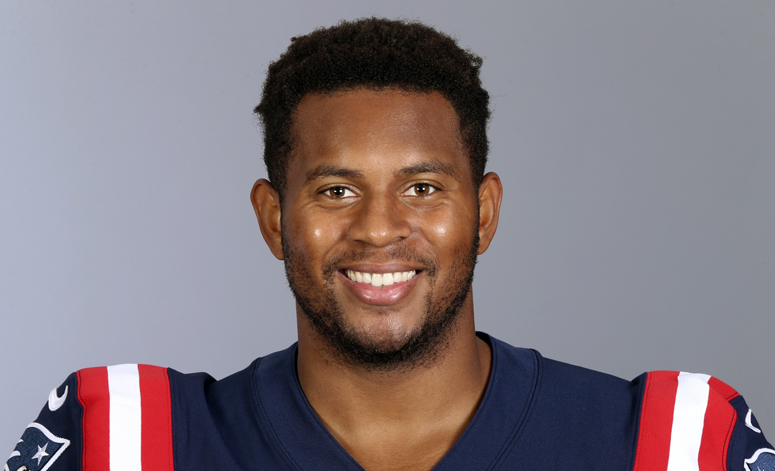 (WHDH) — Police in Arizona on Wednesday honored a pair of good Samaritans, including New England Patriots offensive lineman Justin Herron, who stepped in and detained a man who was allegedly trying to sexually assault a 71-year-old woman in park over the weekend.

Herron, along with Phoenix native Murry Rogers, prevented 30-year-old Kevin Caballero from removing the victim’s clothes in the middle of park in Tempe in broad daylight, KPNX-TV reported.

“If not for the swift actions of Mr. Justin Herron and Mr. Murry Rogers, this vicious attack could’ve been much worse,” Tempe police Detective Natalie Barela said during a news conference.

Both Rogers and Herron were presented with “Outstanding Service Awards.”

Herron said he heard screaming and immediately rushed over to assist the victim.

“It was 11 a.m., middle of the day, in a very open field and the fact that it happened there at that time was just very shocking,” Herron explained. “All I could do was rush myself over there to make sure I could help the victim and I could comfort her and be the best person I can be.”

Herron stands 6 feet, 5 inches tall and weights more than 300 pounds. He was drafted by the Patriots out of Wake Forest in 2020.

“I yelled, told him to get off of her, and then yanked him off,” Herron said of his encounter with the suspect. “I told him to sit down and I told him to wait until the cops come.”

The 25-year-old added that his parents always taught him that “if there’s someone in need, make sure you can help them and be the best you can be.”

Both Herron and Rogers have since met with the victim, who is having difficulty dealing with the traumatic event.

“Nobody should have to go through that,” Herron said.