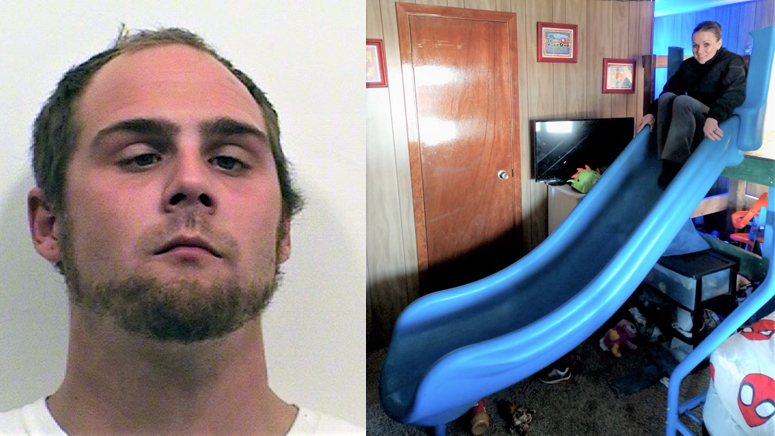 (WHDH) — A man is facing charges after he allegedly stole a 400-pound slide from a playground and mounted it on a bunkbed in his home.

Dustin Allen Bushnell, 30, of Burbank, Washington, was arrested Tuesday on a charge of possession of stolen property, according to the Pasco Police Department.

Detective Julie Lee was investigating a series of catalytic converter thefts when evidence led her to Bushnell’s home, police said.

Lee suddenly came face-to-face with the gigantic slide, which was reported stolen in December 2020, as she searched the home for catalytic converters.

Bushnell sawed off the slide, repainted it, and mounted it on a bunkbed in a child’s bedroom at his mobile home, according to investigators.

Catalytic converters were also found at the home but Bushnell has not yet been charged with stealing the car parts.