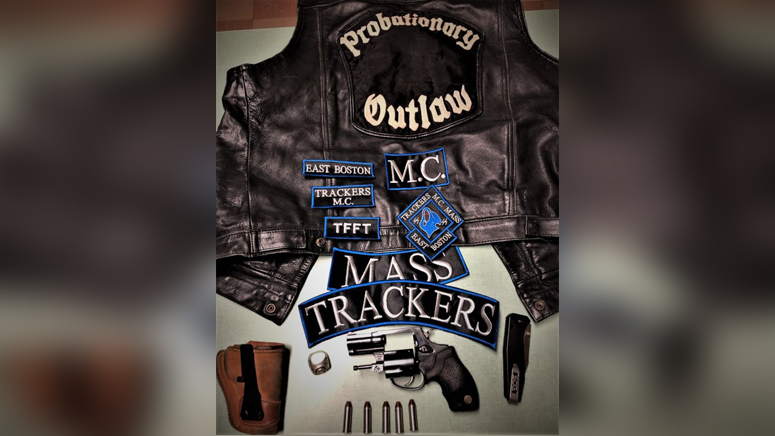 WEYMOUTH, MASS. (WHDH) - A Marshfield man is facing a slew of charges after a traffic stop uncovered drugs, alcohol and an illegal gun.

A trooper pulled Andrew Liberty over along Route 3 in Weymouth around 9 p.m. Saturday after the officer said he abruptly change lanes and nearly struck his cruiser, according to a release issued by the state police department.

While speaking with Liberty, the officer said he noticed an open bottle of alcohol, a syringe, and a leather vest with “Outlaw Motorcycle Club” insignia sitting on the passenger side floor.

The trooper ran his license plates and discovered they were registered to a Nissan, not Liberty’s Cadillac.

He was ordered out of the car and the officer conducted a pat-and-frisk and discovered a folding knife and a loaded Taurus .38 special handgun that Liberty does not have a license to carry.

During the frisk, the trooper said he became hostile and tried to reach for the gun tucked in his waistband.

He was brought to the ground without incident

He is due to be arraigned in Quincy District Court on a number of charges including illegal possession of a firearm, attaching wrong license plates, and disorderly conduct.