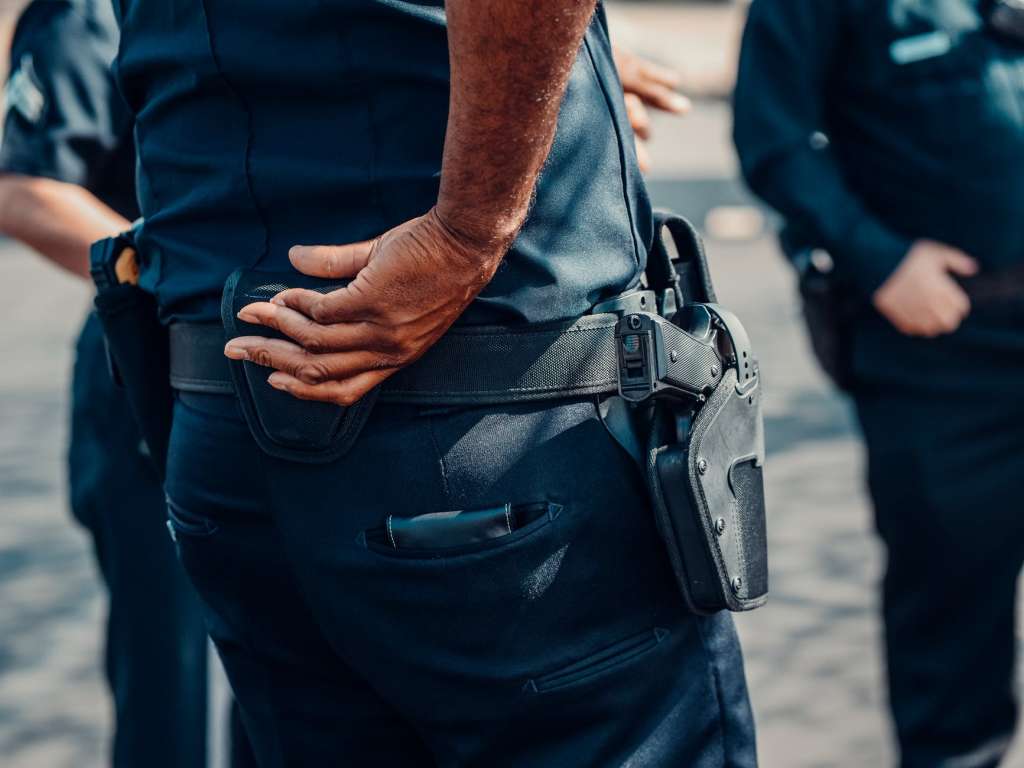 Photo by Kindel Media on <a href="https://www.pexels.com/photo/person-in-blue-uniform-with-a-handgun-7714855/" rel="nofollow">Pexels.com</a>

The state’s new policing accountability board voted Wednesday afternoon to approve the regulations that will guide the recertification process for law enforcement officers starting July 1 after making changes to a section detailing how it will view good moral character and being fit for employment as a law enforcement officer.

Seven members of the Peace Officer Standards and Training Commission voted to approve on an emergency basis the regulations, a different version of which were rejected at a meeting last week, while one commissioner voted against the regulations and one abstained from voting.

The first wave of officers to be recertified under a 2020 law designed to bolster the state’s oversight of police officers following the killings of George Floyd and Breonna Taylor at the hands of police officers in Minnesota and Kentucky, respectively, are supposed to be recertified by July 1, 2022, and the POST Commission set a June 15 deadline for all agencies to submit information about those officers. The first group up for recertification includes all law enforcement officers with last names starting with a letter A through H.

At last week’s POST Commission meeting, a portion of the the draft regulations that defined good moral character to include things like promoting public confidence in law enforcement, integrity and morality was called out as being a “Boy Scout standard” that went beyond the commission’s statutory authority, and that section was amended Wednesday before the regulations were adopted.

The original draft regs read: “In assessing good character and fitness for employment, an employing agency may take into account whether an officer promotes public confidence in law enforcement, and whether the officer presently exhibits morality, integrity, candor, forthrightness, trustworthiness, attention to duty, self-restraint, and an appreciation of the distinctions between right and wrong in the conduct of people toward each other.”

What the POST Commission ultimately adopted Wednesday reads: “In assessing good character and fitness for employment, an employing agency may take into account whether an officer adheres to state and federal law, acts consistently with recognized standards of ethics and conduct adopted by the employing agency or as set forth in the Law Enforcement Code of Ethics and Standards of Conduct most recently adopted by the International Association of Chiefs of Police, and is worthy of the public trust and of the authority given to law enforcement officers.”

The original language, POST Commission officials said, was based on a standard that the courts have endorsed when it comes to good character for admission to the bar. The adopted language originated with Commissioner Hanya Bluestone, who said she and other commissioners agreed that the standard for police certification ought to be higher than that for bar admission.

“My view is that every profession has its own set of ethical standards and codes of conduct, and that the law enforcement profession is no exception and, in fact, their standards are higher than than the ones that other professions, like for the bar or for psychology, let’s say, would adopt given the recognized authority and responsibility of their role,” Bluestone, a psychologist, said. “And so officers are ready to adhere to those codes of conduct and ethical standards as adopted by the IACP.”

The only member of the POST Commission who voted against the regulations Wednesday was Boston Police Patrolmen’s Association President Larry Calderone, who said as he cast his vote that “there are too many outstanding issues in the regulation.” Larry Ellison, a Boston Police detective and former president of the Massachusetts Association of Minority Law Enforcement Officers, abstained from the vote.

During the public comment portion of Wednesday’s meeting, an attorney who represents the Massachusetts Coalition of Police (a group that is suing the POST Commission) said that folding the IACP code of ethics into the POST Commission regulations was a mistake.

“To put it simply, there’s nothing wrong with having something aspirational to say this is how we expect and want our police officers to behave. But are you really going to say someone lacks moral character and fitness for employment if they do not, as set forth under the standards of the IACP, dedicate themselves before God to their chosen profession?” Patrick Bryant said. “Is that the standard that the POST Commission is now saying, that someone who is insufficiently religious, insufficiently servile in that setting, now must be decertified because they lacked good moral character?”

The policing reform law that created the POST Commission certified all officers who completed training by July 1, 2021 and set out the recertification process that the commission is now launching.