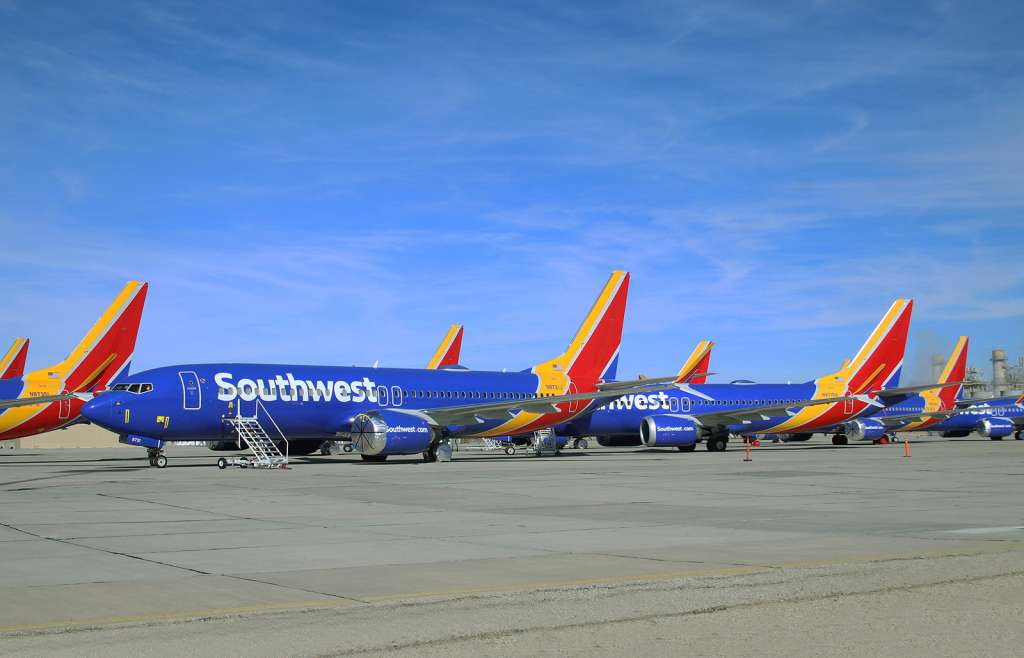 VICTORVILLE, CA - MARCH 31: Southwest Airlines Boeing 737 MAX airliners sit at the Southern Logistics Airport on March 31, 2020, in Victorville, CA. Southwest Airlines had to temporarily store all of its 737 MAX fleet due to the worldwide grounding order as a result of a faulty automated flight control system which is suspected to have contributed to the types crashes in Ethiopia and Indonesia that killed 346 people. (Photo by Barry Ambrose/Icon Sportswire via Getty Images)
Associated Press

DALLAS (AP) — A former Southwest Airlines pilot is being accused of indecent exposure during a flight last year from Philadelphia to Orlando, Florida.

According to a filing in federal district court in Maryland, Michael Haak exposed himself during the flight last August.

The brief filing doesn’t indicate if Haak has a lawyer. Southwest says the pilot left the airline before the company was aware of the incident, and says it has since been cooperating with investigators.