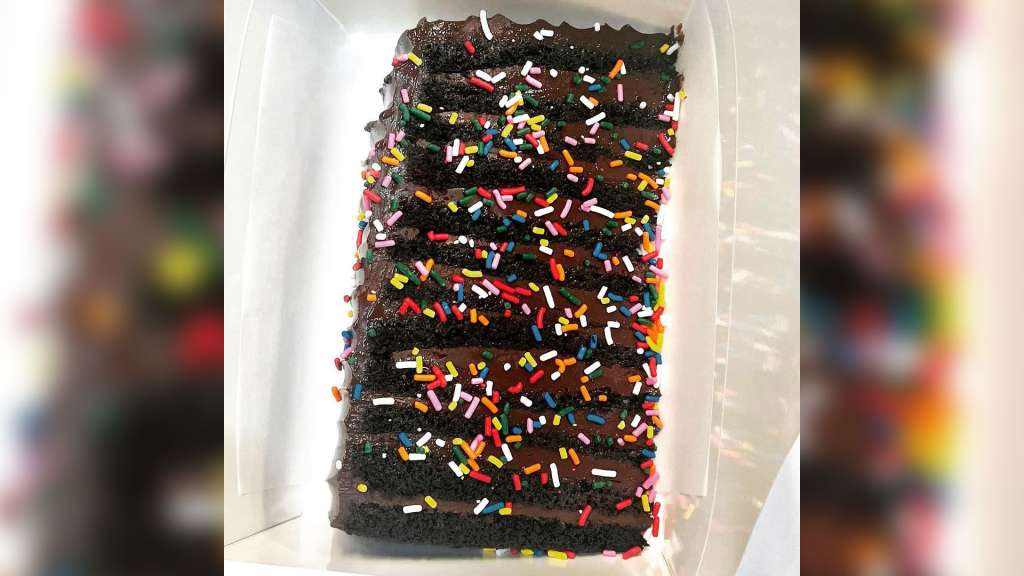 The owner of a bakery in northern England has been left with a bitter taste in his mouth after authorities told him he had to stop using sprinkles. The US-made sprinkles are banned in the UK. Courtesy Rich Myers

(CNN) — The owner of a bakery in northern England has been left with a bitter taste in his mouth after authorities told him he had to stop using banned sprinkles sourced from the US.

West Yorkshire Trading Standards said the sprinkles contained an artificial coloring which isn’t approved for use in sprinkles in the UK.

The sprinkles had the red food coloring E127, or erythrosine. E127 is only permitted for use in cocktail cherries and candied cherries in the UK and the EU, according to a statement from West Yorkshire Trading Standards sent to CNN Thursday.

But the owner of the bakery isn’t happy that his most popular product has lost out on its prize topping.

Rich Myers, director and founder of Get Baked bakery in Leeds, told CNN he had been using the sprinkles since opening the business in July.

Myers said he bought the offending sprinkles from a UK wholesaler, and said he had no idea there was any issue until West Yorkshire Trading Standards visited the business on September 30.

“It’s quite an intimidating process really, being interviewed by Trading Standards. It’s not something you expect to happen when you run a little bakery.”

The situation has led to jokes and puns in the UK, with the saga spawning social media posts about #sprinklegate on Thursday.

Myers was using the sprinkles in a raspberry-glazed doughnut cookie, which he said is the most popular cookie on the bakery’s short menu.

“They’re one of the best selling items,” he said, adding that the ban has been tough for business. “It’s not easy and it’s not ideal.”

For now the bakery has swapped the sprinkles for icing sugar.

“British sprinkles just aren’t good enough, they’re just not worth using,” said Myers. “Until I can find a sprinkle that’s legal that is worth using we’ll just continue to use something else.”

In a statement sent to CNN, West Yorkshire Trading Standards confirmed they had advised the business that the use of E127 is not permitted in this type of confectionery item.

“We stand by this advice and would urge all food business operators, when seeking to use imported foods containing additives, to check that they are permitted for use in the UK,” the statement added.