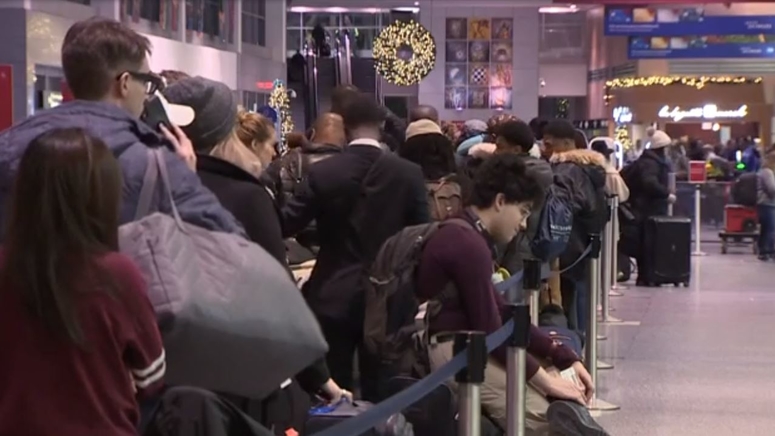 (CNN) — Travel bans meant to stop the coronavirus from getting to the US from China and Europe came too late, according to a new analysis of cases from the US Centers for Disease Control and Prevention.

The US restricted travel from China on February 2 and from Europe on March 13, but by March 8, Covid-19 was already circulating among the community in New York City and, by March 15, community transmission of the virus was already widespread, the analysis found.

What was circulating most closely matched the strain of the virus circulating in Europe, not China, which President Donald Trump has repeatedly blamed for not preventing its spread to the US.

By the time the Trump administration had placed travel restrictions on Europe, the importation of the virus and the community spread of the disease had already started in New York City, according to the report. Testing was limited at the start of the epidemic in New York City, which allowed people with undetected cases to spread the virus.

Trump has repeatedly pointed to his travel bans as evidence that his administration has effectively responded to the pandemic, claiming as recently as Tuesday that “we saved millions, potentially millions of lives.”

The new study looked at data collected by the New York Department of Health and Mental Hygiene between March 1 and 20, the early days of the pandemic in the US. The department announced on March 8 that there was sustained community transmission.

The department examined specimens taken from people who went to the emergency room with flu-like symptoms. Of the 544 specimens tested, 36, or 6.6%, were positive for the novel coronavirus.

Doing additional genetic sequencing of the samples, the strain of the virus more closely resembled the one circulating in Europe, rather than the one circulating in China. That means that the novel coronavirus was likely introduced to New York through Europe or by travelers from other US locations, the report said.

CNN reported in April that two separate research projects started earlier this year also suggested as much, also suggesting the virus may have been circulating in the city earlier than thought.

There are currently more than 3,497,000 confirmed cases of coronavirus in the US, and the virus has claimed the lives of more than 137,000 Americans, according to data from Johns Hopkins University.